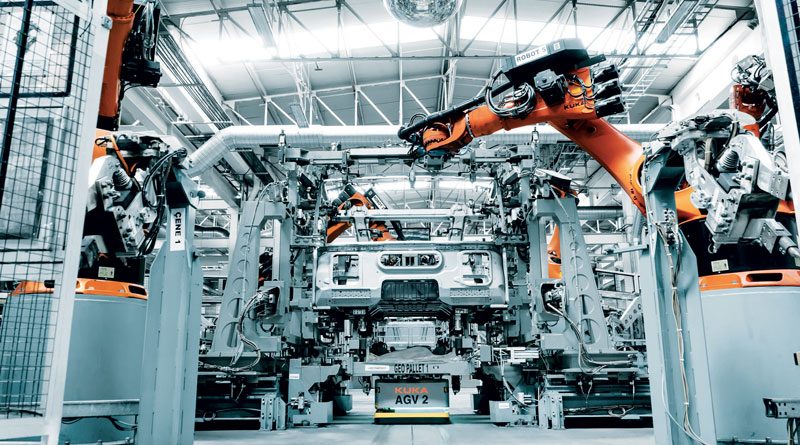 Collaborative robotics is currently still a niche segment in the industrial world, but in the future it could involve more and more companies and sectors. KUKA, which is investing in cobots and proposing cutting-edge solutions for the assembly world, is well aware of this. We spoke over the phone with Alberto Pellero, Director Strategy and Marketing at KUKA Roboter Italia, and discussed the state of the art of collaborative robotics in assembly, its innovations such as synergy with AGVs and the importance of having trained technicians.

Collaborative robotics is gradually gaining ground in the industrial world, replacing operators in various non-ergonomic and repetitive operations which do not allow any room for human intellect and therefore do not bring real added value. This is especially true in the world of assembly, where cobots are slowly making their way into factories. “Collaborative robotics is a segment which is indeed important, but it is still a niche,” Alberto Pellero explained. “According to IFR statistics, we are talking about 4% of collaborative robots in a context of more than 300,000 industrial robots sold every year worldwide. But it is a technology which is only just beginning to show its potential, so in the future I think it will have interesting developments”.
Industrial production requires high productivity and therefore high speed; the big problem is that speed is not compatible with the safety regulations associated with human-robot collaboration. This begs the question: when can collaborative robotics be used to its full potential? It is ideal where there is a need for a slow pace and/or human intervention, such as in manual assembly. “Traditional industrial robots are not suitable for that kind of operation,” Alberto Pellero pointed out, ‘because they would need to be hyper-sensorised, but this requires a very high expenditure. So collaborative robotics comes into play: the cobot does one part of the assembly and leaves another part to the operator”. The robot, in this respect, represents a further tool, albeit an intelligent one, in the hands of humans, who use it for tasks that they cannot or do not want to accomplish, for instance the less ergonomic ones, those where heavy objects need to be handled or repetitive actions are required. KUKA robots are especially present where assemblies need to be made with force feedback, where, for instance, it is the robot which has to find, thanks to the sensitivity provided by its integrated torque sensors, the right position. In this way, it is possible to carry out automatic assembly where previously everything was left to the sensitivity of the operator, with a high risk of human error. “Just to mention one application,” Alberto Pellero said, “Lamborghini uses our cobots in an underbody screw tightening phase for one of its SUV models: in this case, the operator should handle a drill at a height of about 1.80 m, but the operation, clearly not very ergonomic, is left to the robot, which works in synergy with a mobile robot”.

Robots which also collaborate with other robots

For the past few years KUKA has combined collaborative and mobile robotics to make operations even more automated and leave operators even more time for other activities, as well as improving their health and safety. The AGVs offered by KUKA come in different sizes and weights, depending on the application where they will be used: they range from mobile robots weighing several tons, used to move large objects such as aircraft turbines, to more compact models, to more compact models such as the 500 kg KMB 500 (KUKA Mobile Platform) ideal for the car manufacturing industry, where it moves chassis from one station to another. The latter type of robot is precisely the key player in the synergy with the cobots: “Our collaborative mobile robot,” Alberto Pellero explained, “is called KMR iiwa, that is, KUKA Mobile Robot, which extends the working area of the cobot thanks to the fact that it is mounted on a mobile system capable of moving throughout the plant”. The AGV itself, besides, can be defined as a collaborative robot, because it is equipped with laser sensors which monitor the presence of persons, so that it slows down or stops its movement, and then resumes it when it no longer detects obstacles in its path. They use the SLAM navigation suite, which, by scanning the surrounding space, creates a map and allows the robot to choose the best trajectory for a given mission, in complete autonomy.

This synergy also brings us to a fundamental aspect of the contemporary 4.0 factory: the interconnection between its different elements. “Ever since 1996, KUKA robots have had a network interface card both in the controller and in the PC, so they have always been interconnected,” Alberto Pellero explained. “The robot status and productivity data, along with its programs, may be easily transferred to servers or the cloud, and may then be analysed using fieldbus systems.” KUKA offers its own portfolio of digitization and, above all, data analysis solutions, called KUKA Digital Services: these services include the digital twin, that is, the complete virtualization of a robotic work cell to carry out analyses during the design, feasibility, productivity and other phases, and the optimisation of the performance of a robotised line through a consultancy development on robot cells called VCS (Virtual Commissioning System). “What we normally use,” Alberto Pellero explained, “is KUKA Micro Services, a software which is indeed cloud-based, but which can also be used on local servers for those clients who have data security issues. This software analyses the status of the robot, and can be useful, for instance, for maintenance activities: it provides data on the intervals of the next scheduled maintenance and all the various alerts, such as motor overtemperature, reaching robot thresholds, etc.; it therefore paves the way for preventive maintenance”. Predictive maintenance, on the other hand, is not compatible with the world of collaborative robotics. “For robots, it doesn’t exist at the moment,” Alberto Pellero stated, “because we do not have effective algorithms able to predict the failure of one of their parts; furthermore, robots are a part of the system, not a separate element like a machine tool could be. Another issue we came across is that of downtime: if the algorithm, for example, says that in a couple of weeks there is a risk of a motor breaking down, should we stop production to service it or change it when it might not break down after all? So we try to avoid these situations”.
KUKA compensates for this with planned maintenance packages, ranging from annual maintenance to 24/7 support, especially for customers who cannot stop production and have a large number of robots.

Another pillar of Industry 4.0 is artificial intelligence, which is gaining wide acceptance in all sectors. “The expression ‘artificial intelligence’,” Alberto Pellero said, “in my opinion is not appropriate for industrial robotics: production must be solid and serial, so it is essential to leave as little as possible to invention. If, on the other hand, we refer to artificial intelligence as the ability of a robot to understand on its own what to do, I would date it back to the first artificial vision systems, about 30 years ago: they would provide the robot with eyes and tell it where the object was positioned, or indicate through quality control that the assembled part was poorly assembled. Vision systems and sensors have evolved over the years, making cobots more and more intelligent. There are factories working ‘in the dark’, that is, where human presence is reduced to a minimum, and is essentially only present at the control stage, while the robots do all the production work. “But the role of the latter does not require ‘creativity’,” emphasises Alberto Pellero, “they are intelligent thanks to sensors and vision systems, they are not intrinsically so. I can hardly envisage a future scenario with robots like those in science fiction films, performing actions and evaluations without human control”. KUKA, in any case, wants to make cobots even more intelligent and autonomous, always bearing in mind that the human operator, and above all the human mind, must remain at the heart of the factory. “For our Grugliasco showroom,” Alberto Pellero said, “we developed a robot cell where there is a cobot capable of understanding what is inside a bottle, water, sand or other material, simply by handling it, and can do so thanks to the integrated torque sensors and an algorithm which analyses their behaviour.
KUKA’s showroom is used both as a showcase for current and potential customers and also, if not mainly, for high school students. KUKA, in fact, has established over the years several partnerships with Italian technical institutes, through the KUKA College which organises courses, seminars and webinars on the world of industrial robotics (not only for schools). Some of the company’s robots have even been given to schools, so that students can experience first-hand what they will be working on after graduation, if not actually work on it during their school years. “Training is fundamental for KUKA,” Alberto Pellero explained, “whether it concerns re-skilling for those already working in the industry, or those just entering it. Technological innovation progresses very fast and with it the skills needed by companies, which require new, properly trained figures. Besides, it is a big help for the future of young people: for instance, if you have already programmed a robot while you were at school you have an additional asset, and companies take this into account”. 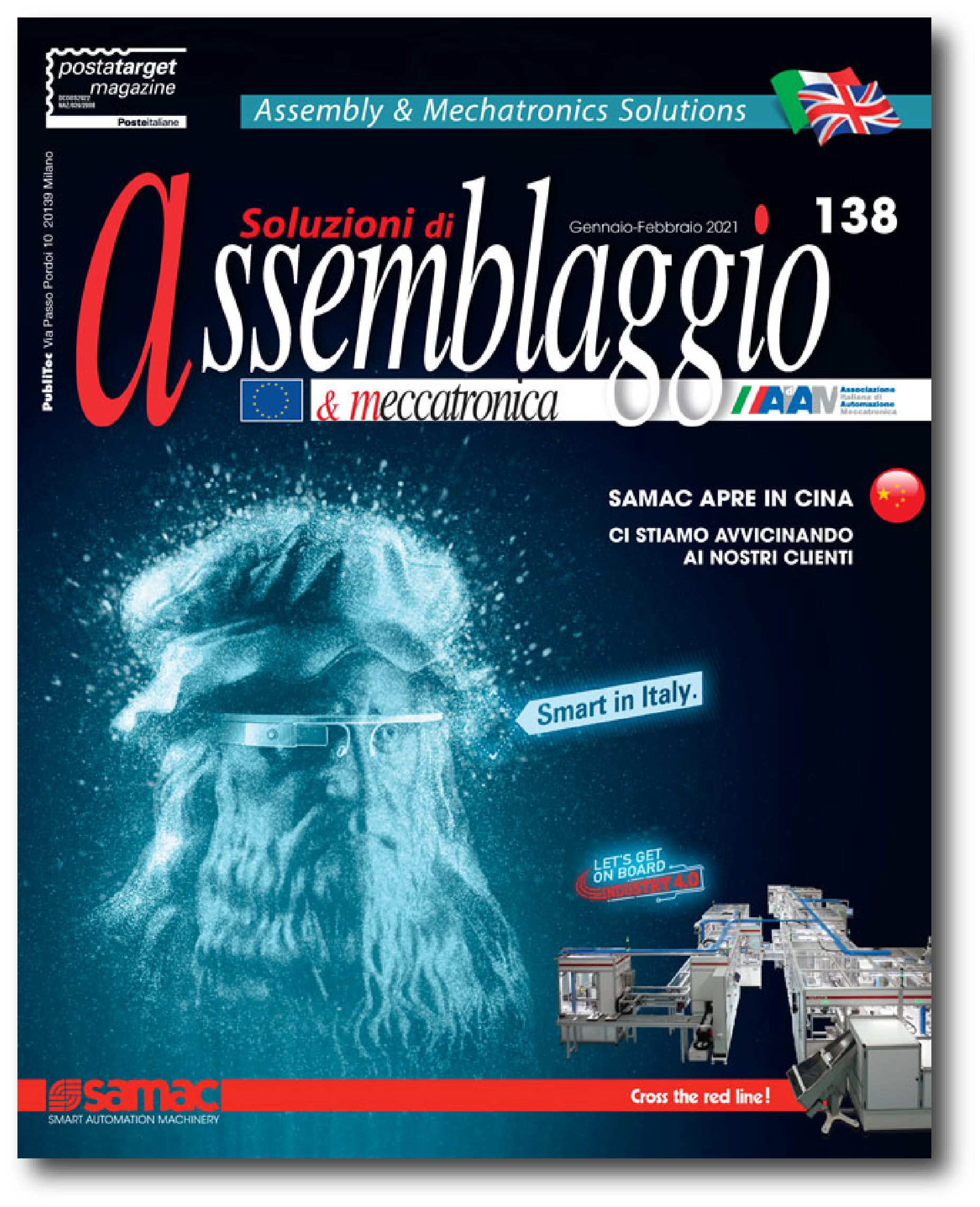