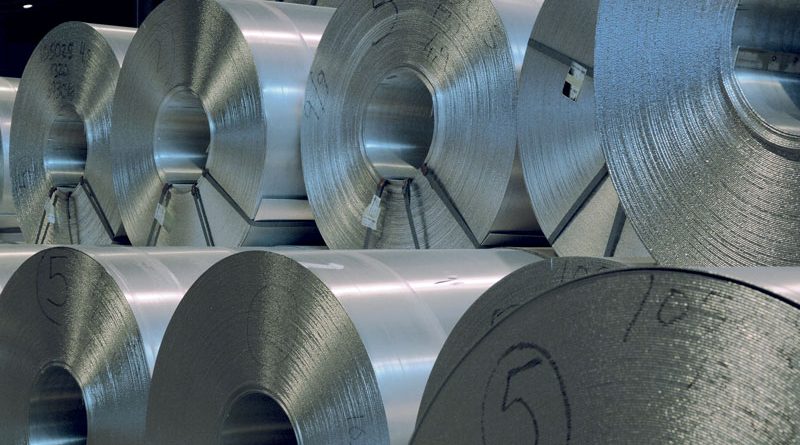 The industry is approaching a return to production after weeks of forced shutdown. For the aluminium system, the greatest uncertainties concern the medium-term impact of the crisis on demand, particularly in the automotive segments. We collected the opinions and comments of industries and Associations

Italy is cautiously heading towards the exit from the more rigid lockdown phase which began on March 9th, forced in a narrow passage between the imperative of restarting the production system and the awareness that in the North of the country, where companies are more numerous, the Covid-19 epidemic maintains a worrying aggressiveness. The scenario is similar in all advanced economies, except for the differences between those that emerged earlier from the most critical phase of the epidemic, such as China and Germany, and those still affected by a very high growth of contagion, such as the United States and Great Britain. Everywhere, the urgency is to restart the engine of the economy, so as not to worsen the consequences of this unprecedented shock which has affected both supply and demand in almost all sectors of the economy at the same time.
For weeks now, all the world’s mass media have been reporting analyses and painting gloomy forecasts on the times and ways of a return to pre-crisis levels of growth and well-being; we shall not repeat them here, but we shall simply recall some data on the European scenario highlighted by the very recent Spring 2020 Economic Forecast released at the end of April by the European Commission.
The EU economy is expected to contract by a record 7.4% this year, 7.7% in the euro area. In 2021 a rebound of 6.1% is expected in the EU and 6.3% in the euro area – not enough to fully make up for this year’s loss. Both the recession and the recovery will be uneven. These aggregate figures mask considerable differences between countries (from -4.2% in Poland to -9.75% in Greece).
Economic activities in Greece, Italy, Spain, Croatia, and to a lesser extent France are forecast to contract the most. Among the largest Member States, Italy was struck first, and most forcefully. The economy is expected to contract by about 9.5%. With containment measures now starting to be removed gradually, the economy is projected to start recovering from the second half of 2020. Nevertheless, Italy’s recovery is forecast to take longer than in other Member States. Germany is expected to endure a less steep contraction than most Member States and recover faster to pre-pandemic output levels. Still, Germany is set to experience its deepest recession since the War, at -6.5% in 2020. The lack of demand and disruptions in value chains should severely hamper the country’s exports.

The effect on the aluminium market

The pandemic has hit all the markets, including the global aluminium sector, which accounts for 1% of the world’s total GDP, or about USD 800 billion. At the current state of affairs, the Covid -19 effects could lead to a reduction in value of the segment estimated at around -5%, provided that the pandemic ends within a short time. The recovery of the world aluminium sector is, however, weighed down by the unpredictable situation in China: with 36 million tonnes produced in 2019 (out of 64 million tonnes produced in the world) it is the world leader in the production of primary aluminium.
Will China continue to produce primary aluminium, even if it can absorb much less than before, considering a drop in Chinese industrial production of more than 13%? If the answer is positive, will China invade the market with avalanches of raw material, a high carbon footprint aluminium, just when big world producers such as Rusal, Hydro, Rio Tinto, and Alcoa are focusing on green low carbon production, and many large final users are inclined to enhance greener aluminium? And finally, will China also keep the production of aluminium semi-finished products going in full swing, although it can only be absorbed to a small extent in the internal market, thus continuing to flood the planet with products at prices below cost? There is no doubt that the China issue is present and cumbersome.
In any case, China is only one of the elements of uncertainty which the aluminium system will have to face. Throughout the emergency period, we tried to monitor the situation in the main world markets, consulting Associations, analysts and entrepreneurs in Europe and around the world. We submitted the same grid of questions and topics to all of them and collected their contributions in the following pages, which illustrate the effects of the pandemic on the aluminium industry in various areas and assessments of the possible evolution of the crisis.
Particularly interesting is the in-depth study by Alberto Pomari on the Italian situation, which estimates the impact of the Covid-19 crisis on the national aluminium market based on an “informal” survey gathering the assessments of a few dozen important companies from different sectors, from extrusion to foundries, right up to the manufacturers of rolled products and thin foil.