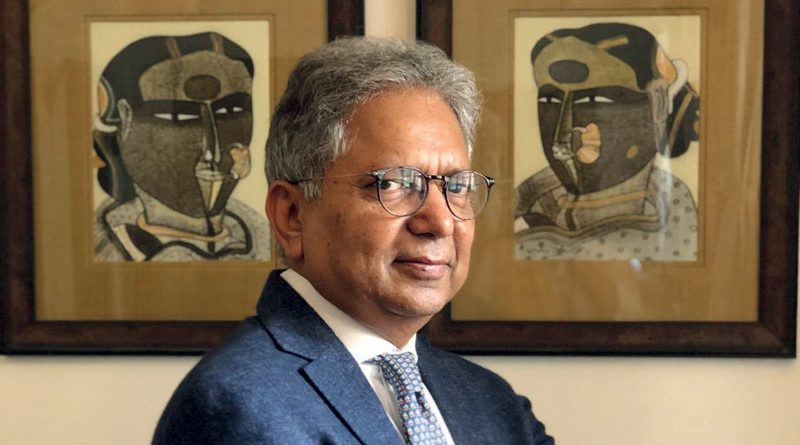 In India the first infected case was identified around end February/early March, and on early May we have 56,561 confirmed cases, out of which 16,881 have recovered and 1,895 lives have been lost.
Meanwhile, Indian Government took the massive exercise of evacuating its nationals from China and subsequently from Iran, other Middle Eastern Countries, Europe, and South East Asia, and also repatriating a large number of international visitors, residents, to their home country.
So far the world has found only two proven approaches to prevent the pandemic, physical distancing and testing as development of vaccine and its use by masses across the world is still far from reality.
Considering that India with 1.3 billion people, is densely populated, the testing and treatment facility being very low, Government decided for a mandatory lockdown from 24th March for three weeks, then extended till 17rd May. So far only essential services across the country are in operation: medical, pharmaceutical, food, banking, power, water, and all related support services. Most of the continuous process industries are allowed to operate. Plans are defined for calibrated reopening of industries and services, in certain sectors strict protocols have started functioning in a systematic manner from 20th of April. During this period massive drive for testing, isolation and treatment capacity building is taking place across India. All flights, train services, intercity-interstate bus, taxi services are stopped. Individuals are only allowed to go out for essentials and maintain mandatory hygiene, discipline and distance. In a nutshell with limitation on testing, so far about 1.4 Million tests have been conducted, India has an avarage of 40 Per Million Infected population compared to Global avarage of 562 which is changing every day.

What are possible general consequences for the domestic and global economy?

Out of a population of 1.3 billion, under Indian Govt’s Scheme to help the poor in last few years, various poverty alleviation schemes have been implemented, about 380 million rural poors, farmers, women, have bank accounts, insurance, access to free health, and annual allowance being paid to them. Central Government has already disbursed over $ 5 billion directly to such poor population into the bank accounts of 400 million poor, ensured free supply of cooking gas worth over a USD 1 billion, Almost 60 Kg of Food Grain is being made available to every family below poerty line, and would continue to do this on fortnightly basis as long as the hardship arising out of the pandemic lasts. State Governments have added their aid programs for the poor and needy so that they all have comfortable sustenance during the lockdown, besides the support of huge number of NGO’s, other organisations and individuals.
Government and the Reserve Bank of India, has reduced Cash Reserve Ratio for the banks, reduced repo lending rates significantly, increased the drawing power of the banks from the Reserve Bank, have asked all banks and Non Banking Financial Institutions to extend all due instalments of corporate and individual loans by up to three months, without classifying them as defaulters, non performing assets, etc, and readjust the payment schedule. Banks have also been asked to provide additional working capital support up to 25% of the sanctioned limits to the business without asking for additional collateral/margin, to ensure that businesses are able to meet their commitments to their employees, contractors, vendors. Most of the tax payments have been deferred by 3 months to help cash flows without any panel provisions, etc.
All the above would amount to about immediate USD 70 billion injection into the Indian economy. Currently economy is operating now at about 35-40% of its normal, hence it is expected be losing about USD 5-6 billion GDP per day since 24th of March. As the lockdown would ease out, it would take at least next two to three months to reach near normal economic activity barring any major unforeseen disruption. Major rating agencies and IMF have forecasted India’s GDP Growth to be at 0.5 to 1.2% compared to early in the year of 4.8 to 5.5%. Unemployment has risen from 7% to 23%, however the Government has assured more economic interventions would be coming covering almost every element of the society and business to reduce the impact and accelerate recovery. However being most populous, diverse, federal country, reaching out to each of the 1.3 billion citizen remains a huge challenge.

How has your industrial aluminium system, in the various segments, reacted to the emergency?

Indian Aluminium Industry is going through a demand drop shock. Out of 3.5 million tons of consumption, nearly 700 KTY comes from automotive sector, which is now totally at a standstill.
Construction sector contributes to about 10% of aluminium consumption, and about 15% from flat rolled products sector, going into packaging, transport, utensils, air-conditioning, etc. All this off take has also seriously impacted.
On the other hand, upstream producers particularly primary smelters, are having serious supply issues, starting with port operation disruption, timely customs clearance, inland transport in respect of imported and domestic inputs, and same pains are being suffered by their major vendors, like several coke calciners who have stopped operations due to their inability to import green coke, and pitch producers are not able to get tar supplies. Similarly some alumina refineries are not able to keep their commitments given to environmental bodies in terms of disposal of red mud or ash from their power plants, so have decided to reduce the operations.
With drastic drop in global demand, difficult logistics related to metal movements as well as very low LME prices and premiums, most of the primary producers have decided to cut down production by way of operating the cells at lower amperage, reduction/stoppage in restarting of relined pots or relining of pots, to reduce their production and inventory build up. They also fear the threat of dumping of metal from overseas producers to add insult to the injury. In conclusion while alumina production has marginal impact, primary aluminium production is strongly impacted, and downstream/end product and recycling industry is virtually at a standstill.
Short to midterm, transport and construction sector demand will be reduced significantly, while other sectors should pick up to a normal level in next 2-3 months subject to systematic lifting of lockdown in industrial activity which has started from 20th of April.

How do you see the future of the aluminium sector locally and globally?

Total global aluminium Value Chain represents approx 1% of Global GDP which would be about USD 800 billion, with global economic growth shrinking, and possibly getting into negative territory, low off take and very low LME and premium, is already reflecting this, resulting in Chinese smelters and refineries shutting down and cutting production, and the same is being followed by their peers outside China. With a simple maths, in my opinion this year the global aluminium Value Chain would see a contraction of at least 5% over 2019, provided we are able to contain the global growth of pandemic within a reasonable level in April. If it happens, various research bodies forecast 2021 could see a demand surge between 5 to 6% over 2020.

Do you think that the concept of Green Aluminium will be rewarded in the coming years?

The producers of Green Aluminium would still be gainer due to their lower cost compared to those who are producing primary metal based on fossil fuels, despite significant drop in oil and gas prices. However, the focus in the short term to promote more green aluminium would shift to survival of the fittest and saving human lives and economy. The current pandemic has forced all of us towards a greener living and put the planet earth environment in a self correction mode. I hope each one of us and our governments would take this life lesson and would stop playing with nature anymore and try to co-exist and co-operate for our collective healthy existence on the planet.