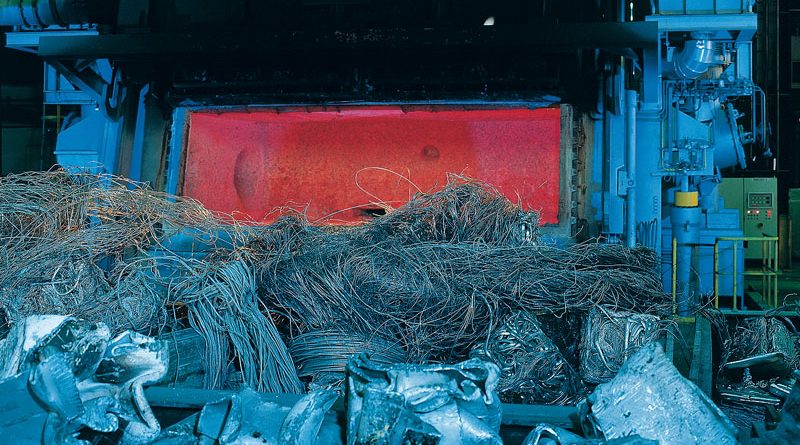 The metal industry is investing in 4.0 technologies and plants. Thanks to IoT, efficiency is increasing: the information provided by sensors suggests changes to improve the production process and maintenance procedures, reducing energy consumption. All of this without compromising the quality of work

Companies in the metalworking sector, from ferrous and non-ferrous foundries to steelmaking, are investing to improve their competitiveness on the market: despite the difficult period, the most advanced companies are facing the future with new 4.0 systems, to bring innovation into the factory, increasing productivity and personnel safety. The data economy generated by 4.0 companies also makes it possible to improve machine maintenance – a crucial feature in an industry characterised by continuous processes – and to better manage energy consumption, an aspect which is far from negligible for metallurgical companies.

There are several 4.0 experiments underway in the metal industry, such as the studies carried out in the field by the RAS (Applied Research and Sustainability) team of the Brescia Multi-sectoral and Technological Service Centre (CSMT). With a view to revamping and modernising more or less outdated machinery with sensors and software, thus making it compatible with the logic of digitisation 4.0, the Brescia researchers have set themselves a goal: to develop applications dedicated to the interconnection between factory machinery and company information systems, with the aim of making critical information on production processes available, also with a view to accessing the tax benefits of super-hyper amortisation.
In this context, the Technological Centre has developed an innovative algorithm for weighing the most important raw material for the metallurgical industry: in this case, scrap metal, transported by a bridge crane, which can be quantitatively measured effectively and accurately. This benefits both the management of the scrap inventory and the end product. The accuracy of measurements has exceeded 98%, while pauses and inefficiencies have been reduced accordingly and significant savings have been achieved in the revision stages of the finished products.

The power of machine learning

Naturally, an evolutionary initiative of this kind can then be extended to other parts of the business cycle, ensuring closer and more effective monitoring. For example, RAS has also developed a project for the sensorisation of the trolleys used to supply oil to the machines. Here, the goal is to collect and process data on the oil consumption of each station in the production process, using LoraWAN wireless technology. The same technology was used to retrofit old aluminium melting furnaces for optimum temperature control. Last but not least, the integration of a neuralgic network of sensors for the collection of process data on existing machinery was planned at the CSMT. The prospect is to monitor and analyse through artificial intelligence and machine learning techniques the quantities of interest for a company in a context of predictive maintenance and diagnostics.

Industry 4.0 and the IoT have succeeded in giving the metallurgy market the innovative impetus it has long lacked. Thanks to these two factors, it has been possible to develop new management systems which, in addition to significantly improving quality monitoring, are able to create a link between preventive and predictive maintenance, enabling companies which invest in these technologies to achieve significant increases in production.
Information about machine flexibility and uptime, different types of production, and product quality and cost were cross-referenced with data from sensors used throughout the production chain to reveal unexpected correlations and suggest changes to normal routines within the production process.

These strategies have been tried before, but only recently, with the widespread use of control and big-data management, have investments become affordable. An example of this was achieved in the last decade by researchers V.R. Radhakrishnan and A.R. Mohamed by applying Soft Sensors, that is, software in which various measurements are processed together allowing the calculation of other quantities, to the monitoring of the melting process; the control of this phase has always been a great challenge due to the problems related to the process.
These analyses would normally require spectrographic techniques which can only be carried out offline, but by using software based on neural networks, the authors were able to develop a model which correlates 33 process variables, including the amount of molten metal, slag and its composition, with all the important alloying constituents, achieving an error value of less than 3%.

Other simpler applications of these technologies to the metalworking industry have been made possible by the introduction of components which already feature factory-fitted data retrieval and transmission systems, namely smart components. These allow a constant flow of data from the first installation throughout their use, greatly facilitating the digitisation of the company thanks to their ease of installation as they do not require in-depth knowledge of all its sensing systems to function. An example of application which is becoming more widespread in companies working with furnaces for continuous heat treatment is the use of automatic doors able to detect the presence of semi-finished products in the vicinity of the furnaces, analyse their shape and position and ascertain their condition before carrying out treatment; this makes it possible to reject any products which do not meet the desired standards and improve the opening and closing timing of the furnace entrance door, so as to disperse less heat and save energy.
The same sensing systems with which smart components are equipped can serve two purposes: the aforementioned analysis of external conditions and the calculation of the component’s Remaining Useful Lifetime by studying the stresses such as tension, vibration and temperature to which it is subjected. Variations in this data provide an important wake-up call for predictive equipment maintenance and quality control.
For example, the detection of a temperature rise in the conveyor chain of a continuous metallurgical line could be related to the formation of more massive parts than usual or to a substantial error in the forming of the alloy, resulting in a change in thermal diffusivity, while if the same conveyor chain showed an increase in stresses compared to those to which it is normally subjected, it could be a sign of machinery malfunction.

The knowledge of this information, which taken individually may seem irrelevant, as it may be little outside the classical standards, if it is entrusted to a specialised analysis model can lead to the identification and prevention of major damage. In order to encourage the application of data science technologies to metallurgical processes, in 2018 the European community allocated substantial funds for research, which have been intercepted by an Italian excellence, Sant’Anna University in Pisa, which has developed predictive models such as CyberMan4.0, aimed at improving preventive maintenance and its evolution into predictive maintenance, or TrackOpt, aimed at implementing a ladle tracking system for all stages in order to optimise logistics. Prototype versions of these systems have been tested in several large companies. As these models involve the use of sensor components and software capable of collecting information on the line during production, other companies have started to move towards digitisation and data collection in anticipation of future investments. Even the giant Microsoft, with its Azure platform, has brought the first results in the field of big-data analysis applied to the prevention, prediction and quality of metallurgical plants.

A complex activity such as the design of metallurgical plants can find valuable support in component suppliers. This is the case with R+W (www.rw-italia.it), a leading manufacturer of couplings and line shafts, which is able to put its expertise at the designer’s disposal. Machinery used in foundry sector requires robust, durable components which are easy and convenient to assemble and maintain. With this in mind, R+W has developed a wide range of products: from the LP series of disk pack couplings to the EK series of elastomer couplings, and from the BZ series of gear couplings to the ST series of modular torque limiters. These are all components which can be transformed into an intelligent coupling, designed and engineered for use in 4.0 machines. The AIC coupling, which was developed last year and is enjoying considerable success, is a smart component with integrated sensors that can measure, collect and transmit data during operation, in full accordance with the principles of the fourth industrial revolution. It is able to monitor itself and promptly report any type of malfunction that could compromise production. The solution proposed by R+W Italia, ready for the end user, extends the prerogatives and benefits of Industry 4.0 to pre-existing systems. This is a considerable advantage for market operators who are often faced with budget problems. 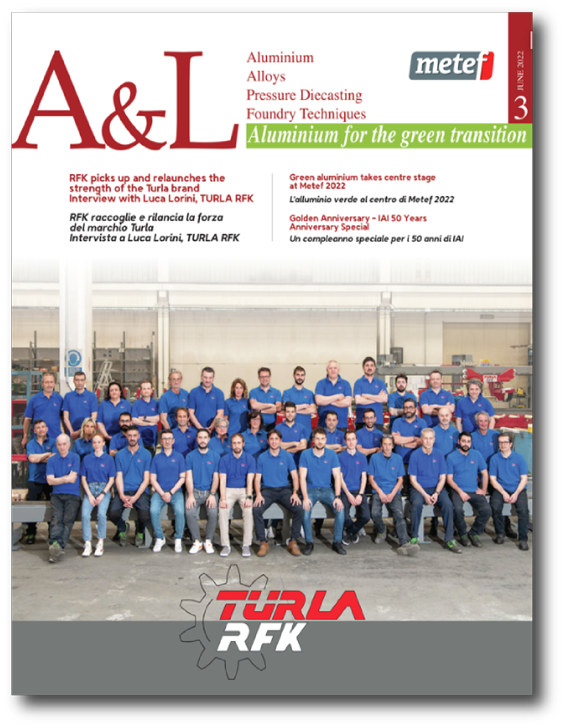