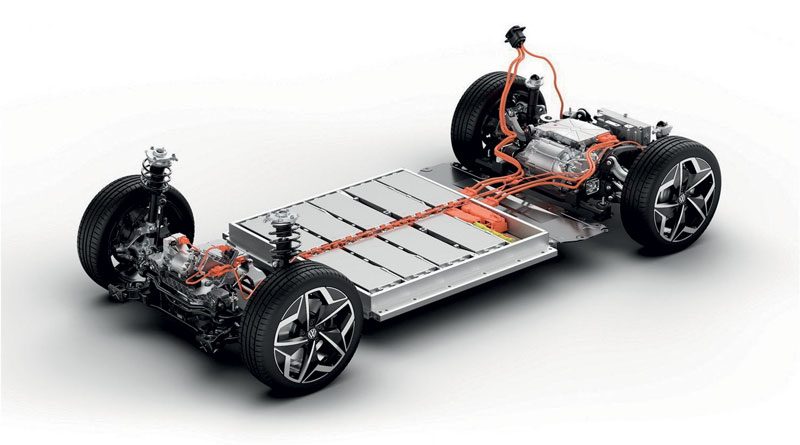 A recent report by the Asian section of Greenpeace highlights the need for the People’s Republic of China to develop a system for the recycling and recovery of spent batteries used in electric vehicles as soon as possible and on a considerable scale. The production of batteries (almost all lithium-ion batteries) is an intensive process both in terms of energy consumption and carbon dioxide emissions. The boom in sales of electric and hybrid cars, which in Europe last September, for the first time in history, outperformed those of diesel cars according to Jato Dynamics’ surveys, is causing strong tension in the raw materials market, particularly for lithium and cobalt. Every obstacle to the spread of electric cars should concern the aluminium sector, which is increasingly involved in the complex process of changes in mobility.

An efficient used battery recovery system can have a major impact on the market for these products. In the Greenpeace report there is a forecast of the amount of spent batteries for electric vehicles. Between 2021 and 2030, 12.85 million tonnes of lithium batteries will be removed from electric vehicles worldwide. At the same time about 10 million tonnes of lithium, cobalt, nickel and manganese will be mined for the production of new batteries.
Considering these figures, if an efficient recycling and recovery system will be developed, the energy demand of electric vehicles could be roughly equal to that of batteries for electric vehicles at the end of their life cycle. The relevant question is whether a demanding recovery process can actually be achieved. This is the question that many, especially the most sceptical, ask themselves about the real ecological validity of electric mobility if, together with the reduction of emissions, the ecological costs of battery production are also calculated.

A recent document by Sorgenia, an operator on the open Italian electricity market, points out that there are two ways of disposing of batteries at the end of the electric car’s life: disposal with recovery of materials and recycling. In the disposal of lithium batteries, an attempt is made to recover materials contained not only in the batteries of electric cars but also those of computers, mobile phones, cordless power tools, etc.. Today, the different metals are recycled using pyrolysis, that is, a high-temperature process which melts the different metals and allows them to be separated. The most obvious problem of this process is the emission of toxic gases which must be controlled by expensive reduction systems. An important observation is that lithium batteries, considered to be exhausted for vehicles after about 10 years of operation, still contain about 20% of the charging capacity and can be reused in different sectors. For example, after 10 years the batteries are removed from electric cars and resold for other purposes such as domestic energy storage in combination with photovoltaic and wind power plants or for other uses such as the propulsion of small boats.

To improve the battery disposal system of electric cars it is necessary to identify possible applications for a second use at the end of battery life and already take them into account in the first application design. For example, there may be a significant reduction in costs if the batteries can be easily opened or if opening and recombination at the end of their life can be automated and, again, if it is possible to quickly assess the amount of energy still obtainable from the battery. Among the various projects under consideration in China, which, as Greenpeace points out, is by far the world’s leading manufacturer and user of vehicle batteries, there is the reuse of exhausted batteries from electric vehicles to power 5G telephone aerials, with a forecast of savings of around 60 million tonnes of CO2.