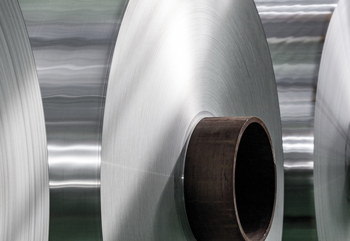 2017 was a year marked by growth for the Italian aluminium industry. This is confirmed by the final data gathered and processed by Assomet and Centroal

The 2017 balance of the Italian aluminium industry must be placed within the global economic context, characterised during the past three years by an inversion in trend and by a slow but continuous growth. The sector has regained trust with a significant increase in the total use of metal in Italy, resuming the trend interrupted in 2007 and going beyond 2.1 million tons of overall consumption of light metal in all its forms (figure 1). The data which characterize the different segments of the Italian aluminium industry, according to the records of the Italian non-ferrous metal association (Assomet) and the Centroal Group which deals with the light metal, are shown in brief in figures 2, 3 and 4. Before analysing the main sectors of the primary processing of aluminium, we are very pleased to mention the final transfer, from Alcoa to the Swiss company Sider Alloys, of the property of the Sardinian smelter in Portovesme, the only Italian plant for the production of primary aluminium, which had been shut down in 2012. The project for the relaunch of activities and employment includes 135 million euro worth of investments, the hiring of 450 employees, both direct and indirect, and a production capacity of 147.000 tons a year.

The demand for extrusions and rolled products is growing
Let us now analyse the situation, segment by segment, as portrayed by the final data recorded by Assomet for 2017. Regarding the extrusion segment, the time series of the market in Italy form 2008 to date (production, imports, exports and employment), shown in figure 5, reveals that production, which started at over 820,000 tons in 2008, decreased considerably in the following years, showing a slow upswing as from 2015 which at any rate still shows values which are very far from the pre-crisis data. Changes in imports and exports were relatively small, with the final result of a growing domestic demand, 442,000 tons in 2017, but still lower than expected, largely on account of the static building and construction industry. Going on to rolling segment, the time series of the industry from 2008 until now (production, imports, exports and employment) is shown in figure 6 and reveals that production, which started off with a value of 346,800 tons in the year 2008, decreased in 2009, only to grow constantly in successive years. 2017 ended with a total production of 583,200 tons, imports were steady at around 280,000 tons, exports recorded a substantial increase during the past few years, settling at just over 300,000 tons. The overall use grew with a continuous trend from 2010 up to the present 560,000 tons.

Positive trend for foundry alloys and light metal castings
For the foundry alloy segment, figure 7 shows the production, imports, exports and consumption of aluminium foundry alloy slabs. It should be noted that production decreased from 2008 to 2009 (the latter being the worst datum during the last eight years with a production figure of 457,700 tons), growing constantly afterwards (with a stop in 2012). In 2015 a figure of 708,700 tons was recorded, reaching 742,600 tons in 2017. Imports grew from 2012 to 2014, decreased slightly in 2015, jumped to over 231,000 tons in 2016 and settled down at 218,800 tons in 2017; exports showed a constant growth from 2008 to 2014 and almost reached 300,000 tons, followed by a sharp decrease in 2015 and settling down in the following years at around 230,000 tons. Finally, consumption, after the downturns in 2009 and 2102, began to grow again and went above 730,000 tons in 2017.
The situation of European foundry castings shown in figure 8 portrays the positive trend of sales in this segment highlighting the driving effect of the automotive industry, which was the propelling element for foundry castings during the past few years in Europe and Italy, supported by the transition of the vehicles in circulation towards more ecological solutions, where lightness is a decisive criterion favouring the use of aluminium. The total production of non-ferrous metal castings in Italy was 855,000 tons in 2016, 718,000 of these being referred to aluminium, a sharp growth with respect to the previous years’ trend, 662,000 tons in 2014 and 682,000 in 2015. The clout of the transportation sector is also evident when examining the trends of casting techniques: pressure castings account for over 78% of the total amount, shell castings for 19% and the rest is sand castings.
To conclude, the trend of the use of aluminium in Italy confirms its second position in Europe behind Germany, with excellent performances especially as concerns the rolled product and foundry casting segments, the latter being driven by automotive demand. The extrusion segment hit very hard during the past few years by the economic crisis in general and specifically by the sharp decrease in the building segment, had a much slower restart but seems to be going through an upswing nevertheless.