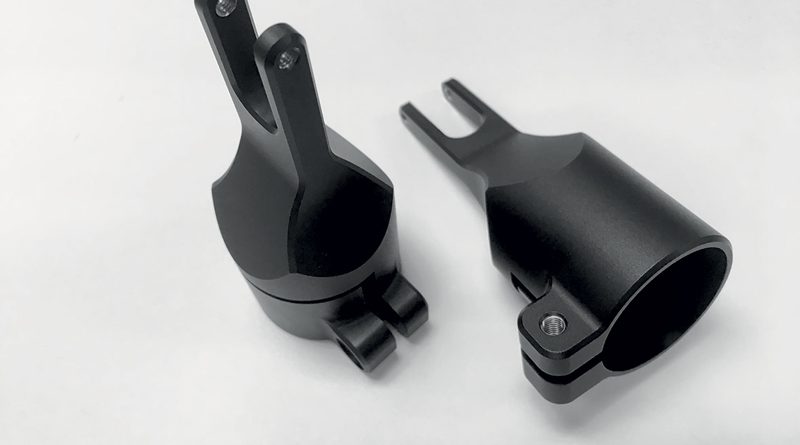 The proposal by Weerg – a platform that offers online and fully Made-in-Italy CNC and 3D machining – now features a new service dedicated to those who order CNC parts and components. In fact, the range of finishing operations available for aluminium machining has been extended with the introduction of anodizing. This coating consists in the application of a protective layer of about 25 microns that, in addition to the pure aesthetic factor, significantly improves the resistance of parts to corrosion, wear and abrasion, increases the surface hardness and provides at the same time a moderate thermal insulation. Offered by Weerg in the black colour, this achievement also makes the gluing and subsequent application of paints and lubricants easier. “Anodizing is currently one of the most requested galvanic processes and deals with several sectors ranging from architecture to aeronautics, from sports equipment to the aerospace industry, from healthcare to electronics”, underlines Matteo Rigamonti, creator and founder of Weerg. “Extremely heterogeneous fields of application indeed, such as our customers’, to whom we once again offer the convenience of a unique service in mechanics, a field in which optimization is the keyword”. The decision to introduce anodizing comes from a specific requirement expressed by several users who, after making an order from Weerg, had to carry out research and negotiations with off-line suppliers to get such process, which is less expensive compared to the piece to be anodized.

Pre-defined costs calculated in real time
Like the entire Weerg offer, the new finishing operation can be selected with a single click at the quotation stage, with the transparency of pre-defined costs calculated in real time. Furthermore, the advantages of guaranteed delivery times starting from 10 days (including the anodizing process) and high-quality standards ensured by the advanced production systems employed by Weerg.
The company, which by the end of March will complete its move to the new headquarters in Gardigiano, is equipped with a fleet of the latest generation machines which, as for the CNC, is made of 10 Hermle C42U 5-axis machines lined up in two batteries of 5 each, completely automated through the implementation of six-axis robots as well as a Wenzel LH series measuring machine. In addition to the CNC machining department, Weerg also relies on a 3D Printing line for which the company has the largest installation of HP Jet Fusion 4210 printers in Southern Europe.
Among the many services provided by Weerg directly online is also another exclusive finishing operation, available for all metal machining: the Lancet™ nanosphere shot-blasting, which makes the piece surface smoother by making it uniformly and pleasantly opaque with a final effect similar to sandblasting.