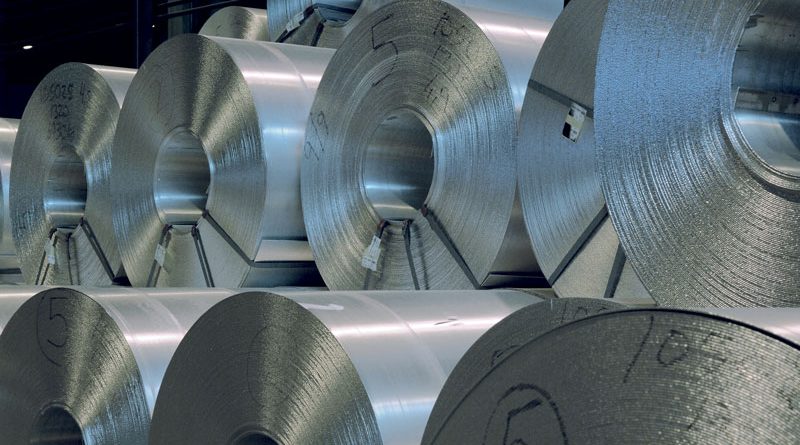 The European Commission protects the EU aluminium downstream from Chinese imports by confirming tariffs on extrusions and approving preliminary tariffs on some rolled aluminium products.

The European Commission has confirmed for five years the imposition of anti-dumping tariffs on aluminium extrusions from China. The European Commission Regulation was published on March 30th in the Official Journal of the European Union.
The anti-dumping tariffs apply to bars, profiles (including hollow profiles), rods and pipes, unassembled, even prepared for use in construction ( for instance, cut to measure, drilled, bent, rounded, threaded), made of aluminium, even unalloyed, with a content not exceeding 99.3%.
These products are currently classified under CN codes ex 7604 10 10; ex 7604 10 90, 7604 21 00, 7604 29 10, 7604 29 90; ex 7608 10 00, 7608 20 81, 7608 20 89; ex 7610 90 90 (TARIC codes 7604 10 10 11, 7604 10 90 11, 7604 10 90 25, 7604 10 90 80, 7608 10 00 11, 7608 10 00 80, 7610 90 90 10). However, the CN and TARIC codes are only provided for information and are not binding for the classification of the product.
The measure excludes: joined products ( for instance, with welded seams or fasteners) to form sub-assemblies; welded pipes; products packaged as kits with the parts necessary to assemble a finished product without further finishing or manufacturing of the parts (“kits of finished products”).
In the course of its investigation, the European Commission examined all available evidence concerning China’s intervention in the domestic economy, both in general and as regards the aluminium sector. It was found that the prices or costs of the products investigated, including raw materials, energy and labour, are not the result of free market forces but are substantially influenced by government intervention. On this basis, and in the absence of cooperation from the Government of the PRC, the Commission concluded that in the case of the aluminium products under investigation it was not appropriate to use domestic prices and costs to establish normal value. The latter was derived exclusively on the basis of costs of production and sales reflecting undistorted prices or reference values, that is by reference to an appropriate representative country, identified as Turkey.
Following the exit of the United Kingdom from the EU, the Commission informed that the data relating to the anti-dumping investigation on Chinese extrusions concerning the United Kingdom had been removed and the result recalculated.
As a major part of the injury was inflicted by Chinese imports into the UK, this had an impact on the anti-dumping tariff rates. The first important result has already been obtained, as imports of extrusions from China were halved as early as October 2020.

On March 16th, the European Commission, taking its cue from the outcome of an investigation opened in August 2020 following a complaint by European Aluminium strongly supported by Assomet, announced its intention to impose provisional anti-dumping tariffs on certain aluminium rolled products originating in China. These measures, fully appreciated by the EU light metal industry, envisage the adoption of preliminary duties ranging from 19.6% to 47.3% in addition to the standard 7.5%. This is an important step forward in the fight against unfair trade practices enacted by the Eastern giant, as EA’s General Manager Gerd Götz underlined when commenting: “Dumped imports from China are driving European producers out of business and discouraging them from making major investments on innovation aimed at promoting decarbonisation and recycling. We are therefore grateful to the Commission for what it intends to do to protect our sector”. It is essential to remember that imports from China of these types of products have definitely increased in recent years, rising from 171,000 tons in 2016 to around 330,000 tons last year, thus reaching a market share of over 12%, twice as much as five years ago.

The new measures refer to the following types of rolled aluminium products, even alloyed, without internal layers of other materials:
– in coils or in rolled strips, in sheets cut to size or in the form of circles, with thicknesses ranging from 0.2 to 6 mm;
– in sheets, of a thickness exceeding 6 mm;
– in rolls or coils, of a thickness of not less than 0.03 mm and not more than 0.2 mm.
Excluded from the new measures are beverage containers, laminates for the automotive industry and laminates used in the production of aircraft parts.

The conclusion of the investigation

The European Commission has committed to issue a document, a legal act, detailing the process and conclusions of the investigation by April 14th. However, the investigation is continuing and is expected to be completed by October this year.
The provisional tariffs are expected to take immediate effect from April 15th 2021 and are likely to be definitively confirmed in October. They can only be modified or removed in the presence of exceptional circumstances and will remain in place for five years as is normally the case.
It is useful to recall that the European Union had already imposed preliminary tariffs ranging from 21.2% to 32.1% on aluminium extrusions originating in China a few months ago and that Chinese semis are already subject to anti-dumping tariffs in other important markets such as the United States, Canada, India, South Korea, Australia and Vietnam. “Aluminium extrusions and rolled products are a key market for Europe and the Commission’s decision shows how much our industry has really been damaged by unfair Chinese trade practices. But while anti-dumping tariffs provide some short-term relief, there is also an urgent need for a global long-term solution to tackle Chinese overcapacity subsidised by the government,” Director Gerd Götz concluded.