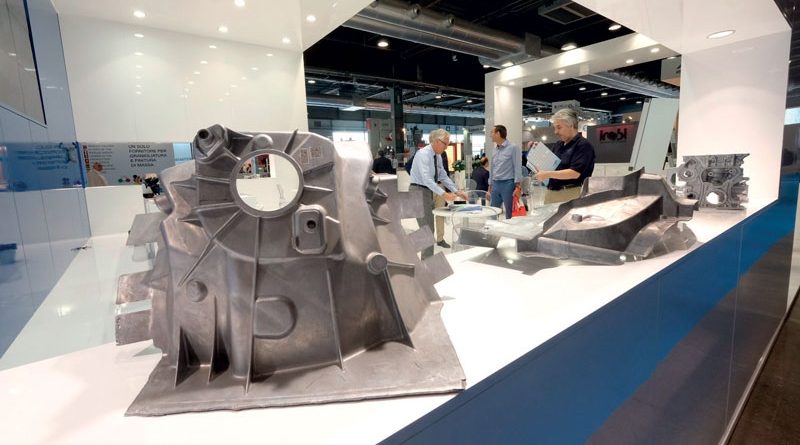 A raving comeback in Bologna in 2021 for Metef: one of the major international shows on aluminium will unveil new projects and crucial synergies

Veronafiere and BolognaFiere have established a 50-50 joint venture in view of Metef, the international expo on aluminium, metal foundry and technologies for innovative materials. The show was first organized in Italy in 1997 by Metef as the first expo worldwide dedicated to aluminium. It later became a joint venture with Verona’s exhibition centre and in 2017 this latter purchased the entire equity. Since its first edition in Verona in 2017 Metef has attracted people on an international scale, hosting 400 exhibitors and over 11,000 sector operators, 40% of which coming from 63 foreign countries.
The partnership between Veronafiere and BolognaFiere now proposes for Metef a new format in terms of structure and location. Next Metef will in fact be held from 25th through 27th March 2021 at Bologna’s exhibition centre. Like Verona in the region Veneto, Bologna has very good transport links and infrastructures, and plays a major role as an industrial, commercial and cultural pole. But there’s more: Metef 2021 will take place along with MecSpe, the reference event for the Italian manufacturing industry and for smart factories whose latest edition attracted over 56,000 professionals and that in 2021 will move from Parma to Bologna.
This joint venture of BolognaFiere and Veronafiere on Metef and MecSpe aims at enhancing the metallurgical and advanced manufacturing industries on an international level since these two sectors are extremely important from a social, economic and production point of view: in fact the sole aluminium and innovative metal production chain accounts for €11 billion. This partnership also stresses the crucial role that exhibitions play and have to play with increasing impact to promote the skills of strategic sectors.
“The international stage requires that extremely specialized exhibitions are organized that focus on disseminating the culture of innovation and on supporting the companies’ business strategies”, declares Antonio Bruzzone, managing director BolognaFiere. “The major exhibition centres can reach these goals by establishing alliances and associations promoting their respective know how and mission to serve the domestic and international companies”.
“Against the constantly-evolving backdrop of the global, European and Italian exhibition market, the alliance between organizers is an asset that the industrial development plan identifies as one of Veronafiere major features to reach the set goals”, explains Giovanni Mantovani, managing director of Veronafiere. ”This is a strategy that leads to the promotion of the exhibition as a tool to develop knowledge and company business”.
“The new agreement”, highlights Mario Conserva, President of Metef, “consolidates the business opportunities offered to the exhibitors by the various production chains on display at the show: materials, machinery and equipment, products, processing, assembly and surface treatments for casting foundry, diecasting, extrusion and rolling. And the partnership also backs the trade associations operating in the different sectors represented at Metef, among which is Amaford, the Italian Foundry Suppliers’ Associations”.