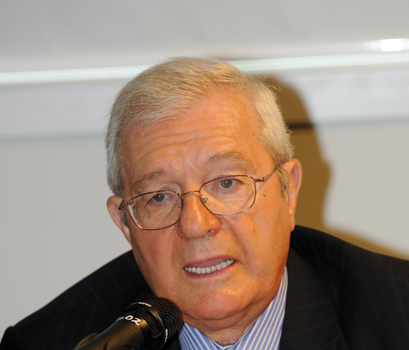 Six years after the announcement of the shutdown by Alcoa and four years after the end of production, the Portovesme smelter could go back to being the Italian plant for primary aluminium.

In December, 2017, an environmental protocol was signed by the Economic Development Ministry (MISE), local authorities, Invitalia and Alcoa for the clean-up and re-industrialization of the Portovesme primary plant. This is an important step which could bring back to Italy a complete production chain as befits the history, qualitative and quantitative clout, technological level and practical and perceived value of the aluminium system in Italy, over 100 years old and rich in know-how as few others in the world. According to reports, the initiative has as its final aim the purchase by Sider Alloys of the plant which, for this purpose, will be first sold by Alcoa to Invitalia, the national agency for the attraction of investments and enterprise development of the Ministry of Economics. The complex layout of the plan is in a nutshell based on a program agreement between MISE, Invitalia and the Sardinia Region to restart and relaunch the former Alcoa Portovesme industrial complex, designed for the production of primary aluminium, by supporting the industrial investments made by SiderAlloys Italia, and to strengthen the production structure of the Region, with important positive effects on the territory and on the entire industry, with overall investments adding up to 135-145 million euros and the employment of former Alcoa personnel. Regarding the players, Sider Alloys is a Swiss trading company dealing with ferrous alloys and more, headed by Giuseppe Mannina, a manager who began his career in the Seventies in Finsider, worked for Duferco, among the most important traders of raw materials in the world, and who at the start of the millennium was responsible for logistics and marketing for the large Russian multinational company Evraz.
Having concluded his Russian eperience in 2010, Mannina founded Sideralloys, and is currently its Managing Director; the company is an international trader dealing with ferrous alloys, base metals, raw materials and other commodities for the steel market, and from 2011 also with the segment of aluminium-based products, promoting important projects for development on an industrial scale, with a 2016 balance sheet showing returns of more than 100 million euros. The project of restarting the Portovesme smelter implies the following steps: an environmental protocol for the clean-up and re-industrialization, a resolution of the conflict between Alcoa and the Authority for electricity, gas and water, a Master Agreement between Alcoa and Invitalia for the sale of the Portovesme plant. Regarding the production and employment objectives and the relative timing, the project envisages that, when fully operational, it will produce 150,000 tons of aluminium per year, with about 376 direct and 70 indirect employees. Regarding the timing, according to Sider Alloys, starting from the transfer of the smelter to Invitalia, 6 months will be necessary before the cells will start functioning; after this phase, the final restart of the plant should take another 12 to 18 months. This could be a real rebirth, a return full of meaning, in a world which in any case is very different with respect to five years ago, with the global production of primary aluminium close to 65 million tons per year, smelters aiming at one million tons of production capacity, extraordinary progress in technology and processes. There is little more to say, but there is a lot of hope that this initiative will be feasible and able to work out at its best in the complex framework of its implications, from the political and procedural ones to the social feasibility, environmental, energy and economic issues which such a project includes. Other countries succeeded in conditions similar to ours, it would seem that political will of coming to a conclusion is not lacking, and this is already a great thing, we therefore hope for a positive ending, even because it might be excessive to talk about strategic value for a small 150,000-ton smelter, but there is no doubt that this smelter is a flag, a milestone for aluminium in Italy.