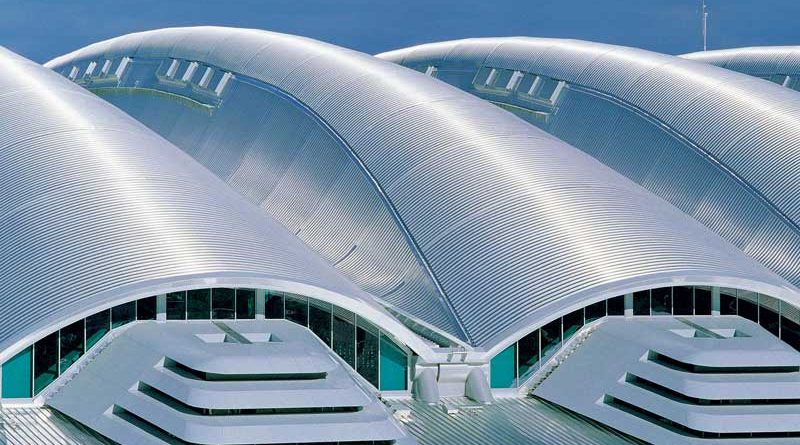 Surface treatments are the signature piece of aluminium products and by means of their properties this metal has been able to find many uses in constructions, especially thanks to coating, and in other industrial sectors, mainly through anodizing. When we talk about the anodizing process, it is necessary to consider what must be done prior to the actual anodic oxidation step and what needs to be done immediately after the anodic oxide layer is formed. In order to obtain at the end of the process the best performances in terms of corrosion resistance and aesthetics, it is of the utmost importance to carry out a proper priming of the surfaces following the methods listed in table 1. Now the material may go through the actual anodizing phase, which occurs by means of an electrolytic process, with the proper chemical solutions, placing aluminium as the anode of the corresponding circuit. Close to the anode an electrochemical reaction occurs which gives rise to oxygen; this in turn binds with the aluminium causing the anodic layer to grow towards the inside of the material.
The anodizing conditions (current density and voltage, duration, temperature of the electrolyte) allow to obtain basically two types of oxidation:
• Traditional oxidation: plain or coloured (with successive stages of absorption or electrolytic colouring) used for application in building and for all other applications which do not require thick layers of anodic oxide (between 5 and 25 microns);
• Hard oxidation: carried out at lower temperatures with respect to those used for traditional oxidation and for a longer time, capable of allowing the formation of hard anodic oxide layers and thicknesses which can be of up to 100 micron or even more. Such properties are exploited for those applications, especially in mechanics, which require thick and hard oxide layers with high resistance to abrasion.
Since the anodic oxide ha a porous structure and the pores may represent situation which can easily lead to attack by external agents (even mere handling with bare hands could cause perspiration stains on the surface of the material) a final phase of the entire anodizing process is necessary in order to seal the pores. This phase is known as Sealing and may occur by means of hydration (in water at high temperature, above 95°C) or by impregnation in water containing appropriate salts which penetrate the pores of the anodic oxide at high temperature or with a double passage at high temperature.

The main properties which define a layer of anodic oxide are the following:
• It is transparent
• It has a seamless connection to aluminium
• Its coefficient of thermal expansion is much lower with respect to aluminium’s (about 1/5)
Dimensional effects of anodising
and comparison with other treatments
A peculiarity of the anodic oxidation treatment is that, even though with galvanic processes and lacquering in order to lay on an additional layer of coating, thickness of the processed material increases, with anodic oxidation the layer of anodic oxide grows towards the inside of the metal, which does not undergo relevant changes in thickness. Actually, since the anodic oxide is less dense than the metal aluminium, the ensuing surface layer takes up more volume and causes an increase in the thickness of the metal. This increase in thickness can, more or less, be evaluated as 50% of the entire thickness of the anodic oxide. This means a few microns in the case of anodizing in the building industry, but relevant thicknesses of the hard oxide, which sometimes are adequately exploited to bring back to the predetermined thickness and planarity the treated surfaces by means of such mechanical treatments as Lapping.

Aluminium coating
Aluminium coating became popular at the beginning of the Eighties especially in the building industry as a logical consequence of precise choices made by designers and architects, tired or not completely satisfied by the traditional anodized finishings with scarce colour options, limited to aluminium’s natural colour or to the range of bronze shades.
Coating products used in practically all cases are in the physical state of powders, an advantage for the environment since they are totally free from solvents.
The powder coating process may be subdivided into four phases:
1. Surface priming treatment by means of degreasing, pickling and deoxidation;
2. Chemical conversion treatment;
3. Application of the powdered coating product:
4. Polymerization in an oven of the coating product.
Surface priming treatment is not very different from that used for anodizing, and it is preliminary to the successive treatment of chemical conversion.

The chemical conversion of aluminium before coating
Techniques adopted for this important phase, preliminary to coating, are well described in the Technical Directions of the International Quality Brand QUALICOAT for coated aluminium. We think it might be useful and interesting to reproduce directly the abstract of the Directions which also contains all of the specific legal references for the Chemical Conversion phase.

omitted
3.3 Chemical conversion
3.3.1 Chromating pretreatment Chromating pretreatment or phospho-chromating must be carried out according to norm ISO 19546.
3.3.2 Alternative pre‐treatments
These are all the pre-treatments different from those described previously.
Alternative pre-treatments may not be used by a branded coater until they are approved by QUALICOAT based on a testing programme.
omitted Coaters deciding to use an alternative pretreatment approved by QUALICOAT must inform the national association, or QUALICOAT if there is no national association.
Coaters and suppliers must satisfy the specifications reported in Appendix A.6.

omitted
3.2.3 Anodizing pre-treatment (automatic SEASIDE approval)
The surface of aluminium must be treated so as to eliminate all impurities which might cause problems to the anodizing pretreatment.
Anodizing conditions must be such as to allow attainment of an oxide layer of at least 3 μm (not more than 8 μm ) without flaking and surface deposits.

The application of powdered coating products
The choice of an optimal application method for a plant must be made based on specific requirements, especially considering the properties of the finished product, the type of powder and its granulometry, the thickness of the film desired, the number of colours which need to be applied, the available floor space and the possible evolutions of the method.
To comply with these requirements, several coating methods have been developed; among them, the one which has become most popular is based on spray application, which consists in spraying electrostatically charged powder on the support which needs to be coated, placed in an electric field.
Several methods are today available which envisage the use of spray guns, discs, revolving bowls, etc., all capable of ensuring a regular and uniform deposit of powder and a good penetration for the various profile shapes, allowing sufficiently simple and fast colour changes and a good yield in the use of powders, considered as the ratio between deposited powder and sprayed powder.
The most frequently used plants currently allow to reach minimum levels of overspray (powder sprayed in the booth which does not fall on the items to be coated) by means of efficient recovery methods, which reach a yield of about 98/999% of the powder sprayed. The most frequently used booths include gravity booths, conveyor belt booths and booths with built-in recovery systems.

Polymerization of coatings
The final on-line polymerization operation of powdered coatings is one of the most critical phases of the entire process. Forming a compact film requires four distinct phases which occur in sequence as the temperature increases: fusion, dilation, gel, reticulation. In other words, during these four phases there is a union of the molten particles, their dilation following the drop in viscosity, the formation of a regular and homogeneous film and its hardening.
Regarding the execution of the polymerization treatment, currently, in general, hot air convection or infra-red ray ovens are used. The choice of the technology must in any case be carried out depending on the operator’s demands.
“Effect” decors
For the past ten years a new type of finishing, or decor, has become rather popular, which might be termed “effect” decors, whereby such effects as patterns, wood veins, stonework and so on are created. These new finishings have been largely used by end user, but above all they brought new uses to aluminium, not just in doors and windows, but also in new segments, especially street furniture.
There are two specific technologies to obtain “effect” decors:
Powder on powder technology: this envisages two successive phases of powder application, the first to create the background, the second the overlaying pattern.
A typical cycle of this technology develops following these phases:
• First coat/ primer
• Gelification: ≈ (10’ at 100 °C / 2’ at 200 °C)
• Second coating
• Pattern formation
• Complete polymerization
• 20’ at 180 °C / 10’ at 200 °C
• Or with infrared rays ≈ 3’at 240 ° C
The highest quality guarantees for decorated products are achieved by working in compliance with the technical specifications provided by the International Brand, QUALIDECO and by using coating products certified by QUALICOAT, having such physical properties as good fluidity/reactivity and the possibility of using anti-graffiti, structured, metallic effect and other coating products.
“Ink sublimation” technology: this consists in following the first coat, which is applied not unlike the first coat in the “powder on powder” technology, by a phase where an image (obtained with special inks which mimic wood veins, marble etc) is transferred by sublimation form a plastic support to the object to be decorated. The complete transfer of the design occurs at a temperature of about 200°C.