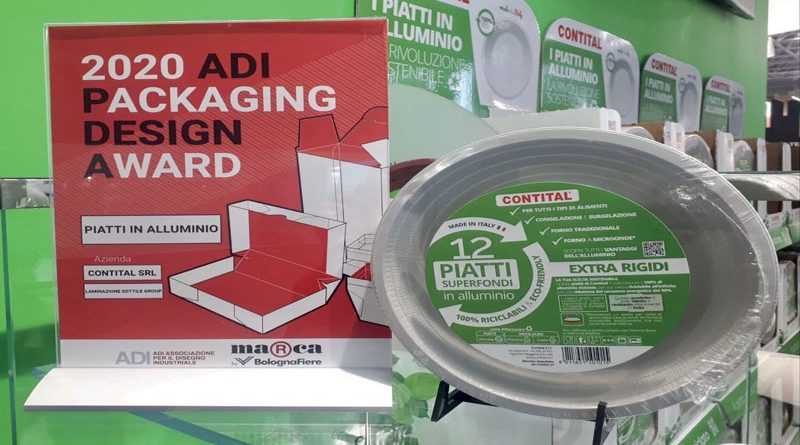 With the application of EU Directive 2019/904 dated June 5th, 2019, better known as the Single Use Plastics (SUP) Directive, bans and restrictions on the sale of numerous disposable plastic and expanded polystyrene products, including plates, cutlery and containers for take-away food, will come into force in EU countries. By July 3rd, 2021, all member states will have to transpose the Directive, which also sets higher collection and recycling targets for disposable PET bottles. The Directive, approved by the European Parliament by a very large majority, also stimulates the development of alternative and eco-sustainable products able to replace the unauthorised ones. An interesting, entirely Italian proposal is the range of disposable aluminium plates designed by Contital, a company within the Laminazione Sottile Group specialized in “Household” products, which has developed a product able to satisfy both the general needs of environmental compatibility and the specific needs of the final consumer. Actually, consumers do not want to do without the useful properties of plastic products, which are light and hygienic. They seek a product which can be used with different heating and cooking methods and are very much in favour of the use of profitably recyclable materials. The possibility of post-use recycling operations of the product are then a further advantage if they may be tackled technically and linked to a positive economic return.

The proposal of light aluminium plates responds precisely to the aspects outlined above. The aluminium foil used for the plates derives entirely from the remelting of selected scraps, among which there may also be used plates collected in the “aluminium system” of separate collection.
The plates are made by “smoothwall” moulding, a process already well known in the food tray segment, which avoids the formation of creases at the edges. The plates, made from a sheet of ENAW 80061 alloy approximately 75 microns thick, are coated with a polymeric product which increases resistance to the attack of very acidic and salty foods. In this respect, the plates are designed to fully comply with the regulations on suitability for contact with food and the coating mentioned above also has the ability to enable their use both in traditional and microwave ovens without any problems. For the heating process, the labels on the packaging of the plates clearly remind us of the precautions needed to avoid problems.
In order to replace plastic plates, a complete range of models must be available on the market. This is what Contital has done, presenting round soup plates with different volumes, dinner plates and some rectangular versions of the above. There will be coloured versions of the plates in the near future, made from aluminium foil coated with epoxy film. The colouring will allow customization, as well as increasing safety in contact with food by exploiting the properties of the coatings which may be used.

The development of Contital plates represents an authentic small revolution. In a single move, the change of the base material makes it possible to move from a product with difficulties in disposal to a reusable and recyclable product, which fits into the virtuous cycle of reusing aluminium scrap. For these ecological aspects, procedures are underway for the international recognition of environmental compatibility characteristics.
In the meantime, light aluminium plates already obtained an important acknowledgement: during the recent Marca exhibition held in Bologna last January, Contital plates received the prestigious ADI award from the Industrial Design Association.