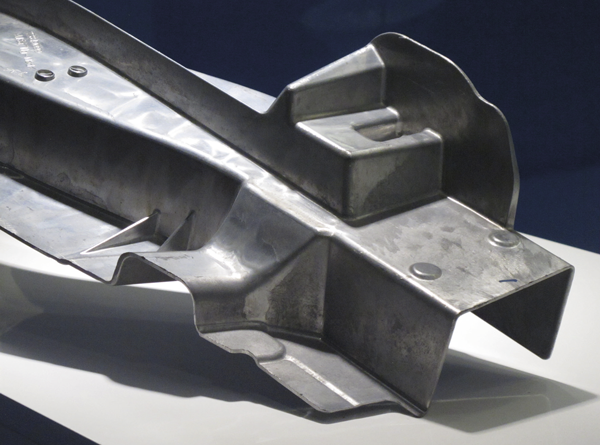 The 2017 final balance of the Italian aluminium system refers to a global economic context characterized in the last three years by a reversal of the trend and by a slow but continuous growth (figure 1).

Italy – macro economic situation
The sector has regained confidence with a significant increase in total metal uses in Italy, resuming the trend interrupted in 2007 and touching the 2.1 million tonnes of global consumption of light metal in all forms (figure 2).
The characteristic elements of the Italian aluminium industry according to the findings of the ASSOMET Italian Non-Ferrous Metals Association, and of the Centroal group dealing with light metal, are shown in summary in figures 3, 4 and 5.

The rolling sector
The historical series of the aluminium rolled products market in Italy from 2008 to today (production, imports, exports and employment) is shown in figure 6, and shows how the production, starting from a value of 346,800 tons in 2008, decreased in 2009, and then grew steadily in the following years. Year 2017 ended with a total production of over 580,000 tons, imports are stabilized around 270-280 thousand tons, exports have recorded a substantial increase in recent years, up to stabilize around 300 thousand tons. The overall use has risen with a continuous trend since 2010, stabilizing to over 550 thousand tons.

The extrusion sector
The historical series of the aluminium extrusion market in Italy from 2008 to today production, imports, exports and employment, is reported in figure 7, and shows how the production, starting from a value of over 820 thousand tons in the year 2008, both strongly diminished in the following years, showing a slow recovery from 2015 which still expresses values very far from the pre-crisis data. The movements in exports and imports are relatively modest, with the final result of an internal demand in growth trend, close in 2017 to 450 thousand tonnes, but still below expectations, to a large extent due to the stagnation of the sector of building and construction.

The foundry alloys sector
In figure 8 we observe the production, imports, exports and consumption of aluminium alloys in foundry ingots. It is noted that production decreased from 2008 to 2009 (the latter being the worst in the last seven years with a production value of 457,700 t), and then rising steadily (with a pause in 2012). 2015 recorded a value of 708,700 tons, in 2017 reached over 740 thousand tons. Imports grew from 2012 to 2014, slightly decreased in 2015, returned in 2017 to over 230 thousand tonnes; similar trend for exports. Finally, consumption, drastically reduced in 2009 to a value of 506 thousand t, started to rise again and in 2015 closed with a value of around 740 thousand t.

The foundry castings sector
The good performance of the automotive sector sales was the driving force behind the production of foundry castings in recent years in Europe and Italy (figures 9 and 10), also supported by the transformation of the vehicle fleet towards more environmentally friendly solutions, where the lightness is a decisive criterion that favors the use of aluminium. The total production of non-ferrous metal castings in Italy in 2016 was about 935 thousand tonnes, of which 790 thousand referring to aluminium, a sharp increase compared to the trend of previous years, 660 thousand in 2014 and 682 thousand in 2015. The weight that the transport sector has had also affected it by the performance of casting techniques. The pressure die casting is more than 78% of the total, while the shell casting is worth 19%, the share is poured into sand.

Final remarks
In conclusion, the aluminium use trend in Italy confirms the second position in Europe behind Germany, with excellent performances in particular of the rolling sector and of the foundry castings, the latter driven by the automotive demand. The extrusion segment, very hit in recent years by the general economic crisis and specifically by the strong decline in the building sector, has had a much more moderate rebound, but still appears to be in significant recovery.