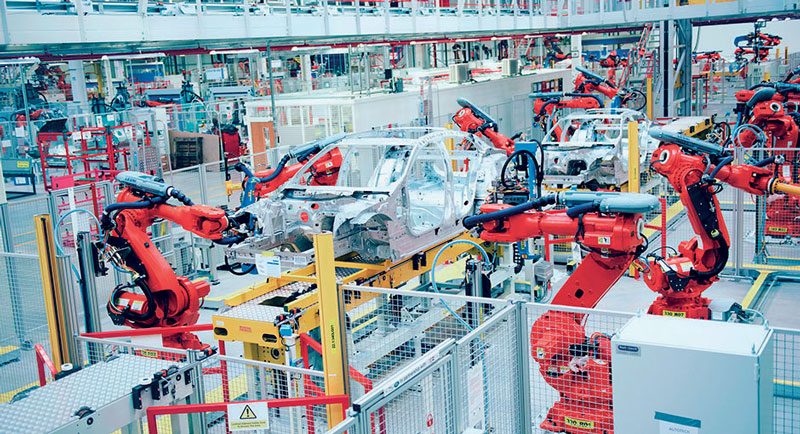 European Aluminium recently published (April 2019) an interesting issue of the ALUDRIVE newsletter, sponsored by the main suppliers of aluminium-based products in the European automotive sector and in the transport industry in general. Particularly, ALUDRIVE presents in every issue a series of product and technology innovations, with the aim of providing the most complete answers to the requests of vehicle manufacturers. It is not just a matter of lightweighting the various components by replacing materials having higher density with aluminium, but also of offering specific performances such as those which aluminium alloys can offer. This issue of ALUDRIVE presents three cases of innovation regarding the applications but also the production process of semis and an example of circular economy already in place in a European automotive group.

HyForge™, a new low-friction Hydro alloy for forging
Light alloys, in the examples of innovation reported in the newsletter, provide the opportunity of lightweighting the vehicle and therefore reduce consumption, but as we said they also open up new possibilities for the designer, and their development may bring about a reduction n the cost of the finished product. This is the case with the LPC (Low Pressure Casting) technology developed by Hydro which will be at the heart of investments for the upgrading of forge stock production along with the traditional production of extrusion billets in the Norwegian plant in Husnes. The technology concerns the production of “forge stock” material called HyForge™ destined to hot forging, which shows a considerably reduced surface friction during forging with respect to traditional products. HyForge™, besides, does not have any inverse segregation zones and has a very fine granular structure, with a high isotropy as a consequence. By using this material there will be no need for scalping, extrusion or mechanical machining before forging. The availability of material readily suitable for forging is likely to cause an increase in the number of applications and in the use of forged parts in the automotive industry, where forged elements made out of light alloys are already used in such strategic applications as, for instance, the suspension arms.

High-performance high pressure die castings without heat treatment
Regarding the innovative use of details obtained using high pressure die casting technology (HPDC), Alcoa’s experience is reported; the company presented some time ago a family of special alloys for HPDC called EZCast™. Now these alloys, especially the versions which are not meant for heat treatment, such as EZCast-NHT™ A152 / A153, are being used for industrial applications; thanks to the high value of elongation at fracture even in the F state or ‘as cast state’ (Table 1) they have been used to create energy absorbers in case of crashes (shock towers). These alloys contain magnesium (3% in A152; 4% in A153) as their main alloying agent. As a consequence, along with the above-mentioned advantage, these alloys also offer good welding properties and resistance to corrosion and they may be anodized easily. It is also worth noting that the absence of heat treatment determines a reduction of production costs as well as a decrease in the risk of mechanical distortions.
In automotive applications the surface aspect is increasingly important on account of the greater attention paid by the final consumer to the quality of finishing and for the marketing elements liked to perfect surfaces, often painted in new colours, and to their shine, unaltered by time. Suppliers and car manufacturers need not only product research and innovation but also shared, fast and possibly inexpensive evaluation methods. An example is provided by the new evaluation method for surface roping developed by Hydro Aluminium as a replacement for the method previously used and derived from the one approved by VDA (Verband der Automobilindustrie e.V. – Gernam Association of car manufacturers) for steel sheets meant for cold forming.
Roping is a surface defects which leads to the formation of faulty areas characterized by deformation lines. The defect may be controlled by means of numerous expedients during the entire forming process. The suggested measurement process defines the levels of the defect. The scale thereby obtained will be integrated by the definition of limit values considered acceptable by manufacturer and purchaser. The method is based on light interference measures obtained using a spectrometer which compares the image of the sample with standard ones. The measurement obtained is fast and easily repeatable and may be carried out directly by the production operator.
A last news item concerning the innovations in the relationship between aluminium and cars is the development of the REALITY (REcycling ALuminium with Innovative Technologies) project, furthered by Novelis and the Jaguar Land Rover group. By means of recovery and recycling actions aimed at aluminium in cars at the end of their life cycle, the British car manufacturing group envisages reusing 75,000 tons of aluminium, thereby determining an important example of circular economy in the automotive industry.