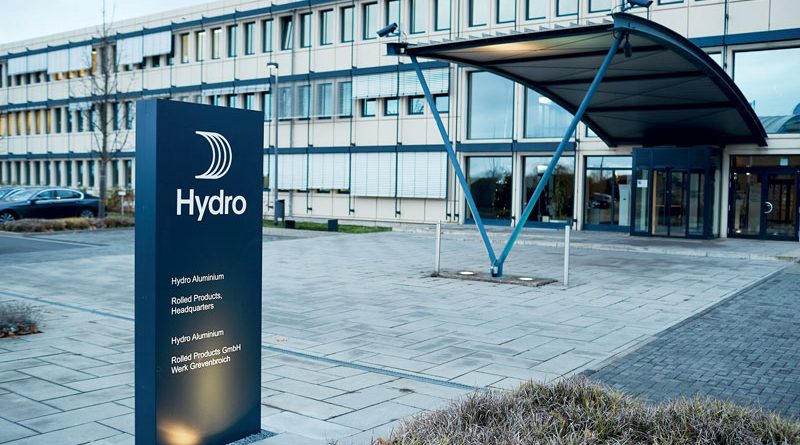 Norsk Hydro has entered into an agreement to sell its rolling business for €1.38 billion to KPS Capital Partners as part of Hydro’s agenda to improve profitability and drive sustainability

Norsk Hydro sold the rolling business for €1.38 billion on an enterprise value basis: “Hydro launched a strategic review of our rolling business area in 2019, along with other strategic measures toward profitability and sustainability,” president and chief executive officer Hilde Merete Aasheim said. “We have now concluded that review and our rolling business will continue to develop under new ownership. This is a good solution for both Hydro and for employees in rolling, who will continue their efforts and continued growth in a new, dedicated downstream company”. The deal includes seven plants, one research and development centre, global sales offices and around 5,000 employees, 650 of which are in Norway and the rest mainly in Germany. In 2020, Hydro’s rolling segment contributed approximately NOK 24 billion ($2.8 billion) in revenue, 17% of Hydro’s total revenue. Sales amounted to 864,000 tonnes of aluminium rolling products for end-user segments including can, foil, automotive and general engineering.
“Hydro’s ambition is to raise profitability and drive sustainability, creating value for all stakeholders. The sale of the rolling business will strengthen our ability to deliver on our strategy, strengthening our position in low-carbon aluminium while exploring new growth in areas where our capabilities match global megatrends,” Aasheim said. KPS Capital Partners is a global private equity firm, with a history of holding significant interests in metals and automotive enterprise. “We have spent three months closely analyzing the business in the customary detailed due diligence, have been highly impressed with the rolling management team and look forward to partnering with them and the entire rolling team to invest in and grow the business,” Michael Psaros, co-founder and co-managing partner of KPS Capital Partners said. The transaction is subject to approvals from competition authorities and should be completed in the second half of 2021. Hydro would look to strengthen its position in low-carbon aluminium as part of its 2025 strategic direction also. The producer said it had received increased demand for its low-carbon brand products, Hydro CIRCAL® and Hydro REDUXA®, and had expectations for greater demand in 2021. In October, Hydro signed a deal with Lyse – a Norway-based power company – to merge part of its hydropower production to create a stronger presence in the renewable energy sector to secure long-term supply for its aluminium operations.
Due to increased demand and focus on the green aluminium space, Fastmarkets launched low-carbon aluminium differentials for primary aluminium and value-added products to provide more transparency in the market. Fastmarkets, in its first ever low-carbon aluminium assessment on Friday March 5, assessed the aluminium low-carbon differential value-added product, Europe at a $5-15 per tonne premium. The next assessments will be published on the first Friday of every month thereafter.