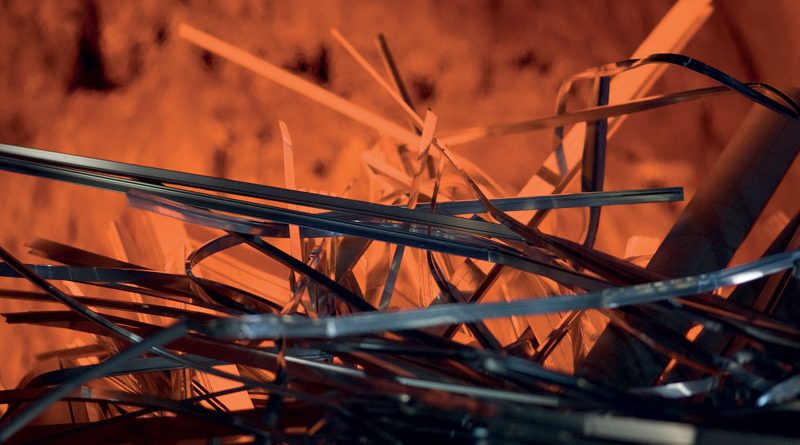 The situation of the secondary aluminium industry in the old continent as reported in the recent study “The EU aluminium value chain” carried ut by the Industrial and Financial Research Group – GRIF “Fabio Gobbo” (LUISS Guido Carli University, Rome). A project funded with support from FACE – The Federation of Aluminium Consumers in Europe

Secondary aluminium is produced by recycling and remelting aluminium-bearing scrap and/or aluminium-bearing materials. Aluminium scrap is often categorised as:
• “new” (post-manufacturing), which arises from primary aluminium production or from the manufacturing of aluminium semi-fabricated and final products, before the aluminium product is sold to the final user, and;
• “old” (post-consumer), which results from the collection and/ or treatment of products containing aluminium after use by consumers (e.g. beverage cans, automobiles, wires, and cables).
The secondary production of unwrought aluminium typically employs two different production processes. In the refining process, predominantly old scrap is used to produce casting alloys, mainly for the automotive industry. Additional metals and compounds are usually added during the refining process to achieve the requested composition for the finished product. In the remelting process, new scraps are used to produce wrought alloys, usually in the form of extrusion billets and rolling ingots.
The world’s largest secondary producers are usually large aluminium downstream transformers or manufacturing companies which produce the required secondary aluminium in-house to satisfy their needs of semi-finished aluminium products (extrusions, flat-rolled products and especially aluminium castings for the automotive industry). A wide range of alloyed products are substitutable between primary and secondary aluminium, especially aluminium obtained by processing “home scrap” (leftovers from secondary producers) and “prompt scrap” (leftovers from downstream transformers or their customers) in remelting facilities.
Scraps, including industrial waste and end-of-life products, are increasingly important in the aluminium industry as the most energy efficient method of producing aluminium (Ecorys, 2011). It has been estimated that remelting aluminium for new uses requires between 90 and 95% less energy than producing primary unwrought aluminium, as the energy-intensive phases of refining bauxite into alumina and smelting alumina into pure aluminium are not necessary (European Aluminium, 2015; United States International Trade Commission, 2017).
Unsurprisingly, secondary production is increasingly regarded as highly suitable for the EU, as well thanks to the increasing quantities of domestically-generated scrap available within the region (Material Economics, 2018). Note that in developed countries the aluminium stock in-use (per capita)-that is, the total amount of metal embodied in structures and products such as cars, buildings or machinery-is roughly 270-420 kg/capita.
The data available on secondary aluminium is not fully reliable. According to World Aluminium, in 2015, refiners and remelters produce around 27 million tonnes of recycled aluminium annually from old and traded new scrap, compared with 58 million tonnes of primary aluminium.
The OECD (2019) recently reported significantly lower figures for the global production of secondary aluminium, amounting to about 12 million tonnes in 2016. Such disparities reflect the inherent difficulty of taking into account recycling and remelting activities, especially when these operations are carried out within vertically integrated firms or large manufacturers.
As illustrated by Figure 1, the United States, Japan, and European countries are major producers of secondary aluminium, although China is rapidly increasing its recycled aluminium output. Japan has decided to definitively cease producing primary aluminium and to focus on secondary production. It is estimated that secondary aluminium represented about 37% and 36%, respectively, of the total aluminium used in the United States and the EU in 2016.

Europe focuses on secondary aluminium
As for the secondary production of unwrought aluminium in EU member states, the production output in 2017 was estimated at 3.2 million tonnes. Current production levels have not matched yet pre-crisis levels (ca. 3.6 million tonnes in 2007). In terms of the geographical distribution of production, Germany and Italy are the two countries with the largest share of production. In 2017, they both produced slightly less than 50% of the EU’s secondary unwrought aluminium (see Figure 2).
As can be seen in Figure 3, the EU has produced more secondary than primary aluminium since 2004. According to European Aluminium (2015), there are about 220 recycling plants in Europe, many of which are small and medium-sized enterprises (SMEs) and family-owned businesses. There also large companies-such as Norsk Hydro, Hindalco’s subsidiary Novelis, AMAG Austria Metall, and TRIMET Aluminium-operating aluminium recycling facilities as a part of their comprehensive activities throughout the aluminium value chain. These companies thus obtain in-house the secondary aluminium they need downstream for the production of semi-finished aluminium products (United States International Trade Commission, 2017).
Figure 4 shows the location of aluminium recycling plants in Europe. However, no reliable data on secondary aluminium capacity is currently available.