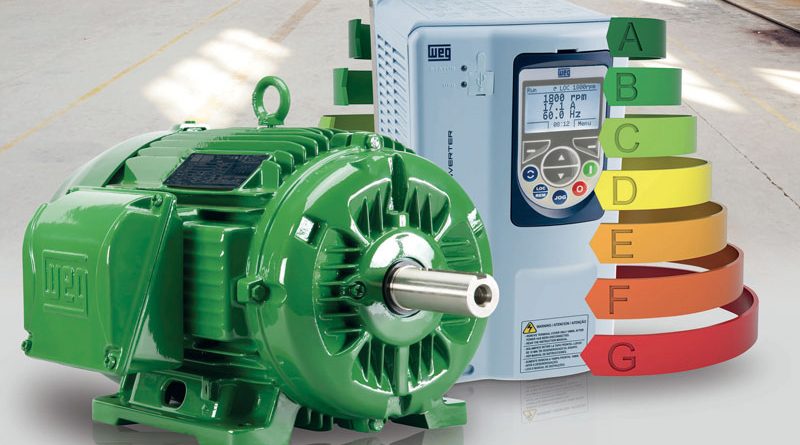 Designs of electric motors are driven by needs for energy efficiency, but what’s next? If requirements for motors to meet the IE4 rating are set to come into force in the foreseeable future, and even IE5 at a later date, the new frontier will be the application of the IE6 rating, which is already being discussed as the next stage for higher efficiency levels in permanent magnet and synchronous reluctance.

Over 200 years, electric motors have evolved into one of the largest single consumers of energy in the world and, today, they account for around 45 per cent of global energy consumption. If the global energy consumption of electric motors is significant, it also testament to how much they are relied upon worldwide to convert electrical energy into mechanical energy. Motors are used in everything from fans, blowers and pumps, machine tools, household appliances, cars and power tools… just to name a few. But these statistics also highlight the challenges that manufacturers face in improving the efficiency of motors and reducing their energy use. It’s vital that motors are designed to be as energy efficient as possible, not only so that manufacturers can stay competitive, but also to meet evolving regulations, such as the European Union’s Ecodesign Directive (Directive 2009/125/EC).

From DC to AC

Design innovation in electric motors is driven by the need for performance, affordability, energy efficiency and connectivity. These needs have evolved over the last two centuries, starting in 1824 when the first actual rotary electric motor was created, thanks to previous inventions like the battery and the electromagnet. Later inventions regarded the direct current (DC) technology, followed by the alternating current (AC) technology which, in the last decades of the XIXth century marked the start of a new era when the more efficient electric motor was finally underway. Ever since the design of electric motors – and innovations in the field – have been driven by customers’ growing needs for performance, affordability, energy efficiency and connectivity.
Today, the flexibility of electric motor design is well-established and they have a variety of special uses in industries, power plants and agribusiness. Instead, the challenge lies around improving their efficiency and reducing their burden on electricity supplies. Depending on the application, the energy costs for electric motors account for 95 to 97 per cent of their total lifecycle costs – so it’s no wonder that low efficiency motors provide a limited return on investment.

The energy efficiency of an electric motor is calculated as the ratio of the mechanical output power to the electrical input power, and measured in energy efficiency classes (IE) with IE1 being the lower class and IE5 the highest. The EU’s Ecodesign directive mandated that, from June 2011, motors within its scope had to meet at least IE2 efficiency rating, followed by a more efficient IE3 rating in 2015, unless they are controlled by a variable speed drive (VSD). VSDs vary the speed of an electric motor – which is normally fixed-speed – based on the application requirements.
As well as creating huge improvements in energy consumption related to motor use, these regulations also tangibly impacted the markets. IE1, which represented 80 per cent of the European market share in 2009, was down to just 17 per cent by 2016, while more efficient IE3 premium class motors rose from 0 per cent to 29 per cent in the same period. This is good news for end users, in terms of cost savings, and for the planet.
Meanwhile, as the current regulation that IE2 motors must be used with a VSD has been difficult to enforce across industry, the regulations are to become stricter. As of July 1, 2021, three phase motors will need to meet IE3 standards, regardless of any VSD additions. The same date will also see, for the first time, efficiency regulations introduced for VSDs. As further studies are conducted, as part of revisions to the existing regulations, requirements for motors to meet the IE4 rating are set to come into force in the foreseeable future, and even IE5 at a later date.

The key to designing a more efficient motor is to understand where losses occur by asking the question: what are the potential energy flaws?
Various improvements in electric motor technologies have been introduced to meet the evolving IE standards: the advancements pertain to weight reduction, and experimenting with new materials like plastic, aluminium and new insulators to create different possibilities for the use of these machines. One is the use of permanent magnet (PM) motors, AC motors in which magnets are imbedded into, or attached to, the surface of the motor rotor. The magnetic field of the magnets reacts with the magnetic field created by AC in the stator and this drives the motor’s rotating armature. The magnetic torque then mixes with reluctance torque, which acts on the magnet material and aligns with the magnetic flux passing through the motor. This minimises reluctance, and the resulting rotating magnetic field provides constant torque without the need for forced ventilation.
IE5 PM motors can run more efficiently than IE4 induction motors with a higher lifespan, also with 20 per cent-less energy loss while also weighing less despite the motor being housed in the same frame. This means an IE4 PM motor will be smaller than IE4 induction motor.

WEG was the first manufacturer and supplier of drives and motors to discuss the IE4 and IE5 standards and, for the latter, developed an IE5 PM motor as part of its W22 series. The new W22 was among the first commercially available motors to conform to the recently-formulated IE5 energy efficiency class. With permanent high-performance magnets inside its rotor, the W22 PM offers more horsepower per frame size and a wide range of torque, while keeping this constant without the need for forced ventilation. From this better speed control, comes greater energy efficiency and a longer performance lifespan. If we take cooling tower applications as an example, it has been found that using a W22 permanent magnet (PM) motor with a CFW701 HVAC VSD – when sized properly for the application – can provide an energy cost reduction of up to 80 per cent and average water savings of 22 per cent, while also meeting IE5 efficiency levels. High-energy density permanent magnets are ideal for electric vehicle applications. The coolant runs directly through the motor to smartly deal with waste heat. This design choice protects the magnets and the rotor against displacement at high speed, and can endure the extreme speeds of the motor application.

Looking ahead to IE6

WEG is already exploring the use of materials to meet the anticipated IE6 rating, which is already being discussed as the next stage for higher efficiency levels in permanent magnet and synchronous reluctance. PM motors for pumps will likely be at the forefront of this, as the water industry is the largest user of energy-efficient electric motors in the Europe. This will likely be the case with IE6. Another key area of development is novel insulation systems to counteract issues associated with ammonia, which damages motors by causing corrosion to materials. Going forward, a primary design focus of WEG is to produce a reliable high-density power motor at a reasonable cost. When purchasing a relatively new technology, such as a high-density power motor, there will always be a payoff between cost, reliability and efficiency. One area of WEG’s research is geared towards understanding the behaviour of a range of polymers; materials made of long, repeating chains of molecules. Polymers have unique properties that could prove useful in electric motors, depending on how their molecules are bonded for high strength and low weight. They are increasingly being used in motors in place of metal parts that do not endure mechanical forces, such as terminal boxes and end shields, and already used in structural parts like end covers and feet for small motors. As the parts are not at risk of deformation, switching them to a polymer material can save both costs and weight. Other motor features that use polymers such as resins, enamels and insulation materials can also benefit by optimising their characteristics to meet special requirements and, consequently, to further optimise the motor design. Air conditioning systems, ventilating systems and other domestic appliances, for instance, are already reaping the benefits of polymer-based motors. But, historically, the main breakthrough at WEG and other manufacturers has been the use of electronics, both in the composition and in manufacture of electric motors. Electronics can include installing retrofit sensors that measure important metrics in real-time, like vibration and temperature, to identify any motor problems ahead of potential failure. With sensor-based applications, such as WEG Motor Scan, motor data is extracted and sent to a smartphone or tablet. l

About the author: Marek Lukaszczyk is European and Middle East marketing manager at WEG. 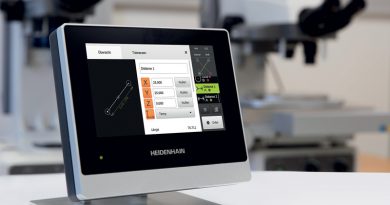 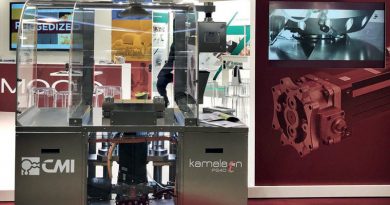 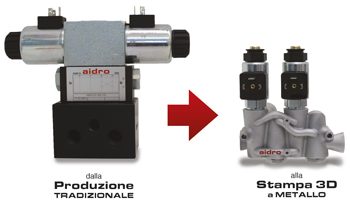 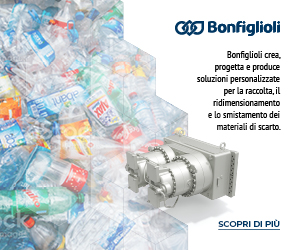