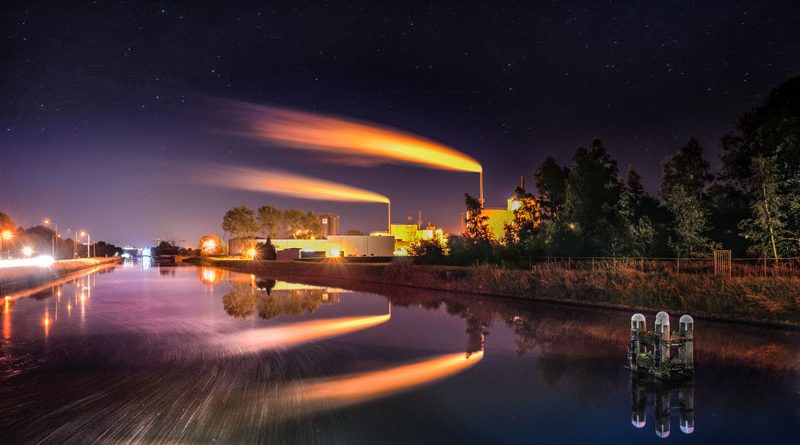 At a time when it is essential to create a safe, clean and sustainable energy mix for everyone, the EU will invest 430 billion euros on green hydrogen by 2030 to help meet the targets set by the Paris Agreement

Energy from hydrogen is very versatile, as it can be used in gaseous or liquid form, and can be converted into electricity or fuel. Currently, about 70 million tons of hydrogen are produced globally each year, for uses ranging from oil refining to ammonia production, steel production, chemicals and fertilisers, food processing, metallurgy and many other fields. Today, there is a lot of talk about green hydrogen, that is, hydrogen obtained from renewable sources without climate-changing emissions rather than from fossil fuels, and whose only by-product is water.

How is green hydrogen produced?

The most common process to produce green hydrogen is the electrolysis of water powered by electricity from wind and photovoltaic plants. On the other hand, Enea (National Agency for New Technologies, Energy and Sustainable Economic Development) has patented a method for producing green hydrogen and oxygen from water using solar energy. To date, around 4/5% of global hydrogen is green; however, in consideration of the progressive reduction in the cost of solar and wind energy and electrolysers, this production method may prove to be a ‘game changer’ for the energy transition. This trend has been fully appreciated by Enea, which is preparing to create a ‘Demo Hydrogen Valley’ at its Casaccia Research Centre, where innovative technologies for hydrogen production, storage and end uses will be developed. The project aims to create an incubator for technologies and services related to the entire hydrogen industrial chain as an enabling technology for the energy transition, because hydrogen technology is central in view of our country’s decarbonisation process.

One of the routes to strong decarbonisation is the electrification of the entire energy system and the use of clean renewable energy. However, total electrification would be difficult or at least much more expensive than combining renewable generation with low-carbon fuels. And green hydrogen is one of many potential low-carbon fuels which could replace fossil hydrocarbons. According to Enea, only green hydrogen can play this role, as an alternative to the hydrogen produced by natural gas reforming (grey hydrogen), coal gasification (black hydrogen) and using lignite (brown hydrogen), which altogether accounts for about 99% of the hydrogen produced worldwide today, with substantial carbon dioxide emissions. The most immediate use of green hydrogen is simply to replace the large quantities of gas already produced by carbon-intensive methods to meet the needs of industry. Based on data from the International Energy Agency, 38.2 million tonnes (MT) of hydrogen were used for oil refining in 2018, while another 31.5 MT were used for ammonia production. Another potential target for green hydrogen is in steel production, where direct iron reduction processes are being developed which use the gas to remove oxygen from the ore.

The challenge of heating systems

At the same time, decarbonising residential and commercial heating systems is a major challenge in countries using natural gas. An immediate, albeit partial, answer to the problem is to mix green hydrogen with natural gas to reduce the carbon content of the latter. However, this is only likely to be worthwhile in places where natural gas prices are relatively high, such as Europe, and there are limits on the maximum percentage of hydrogen that can be used. According to the National Renewable Energy Laboratory (NREL), it is possible to mix up to 20% hydrogen (by volume) with natural gas, although not all natural gas pipelines are constructed of materials capable of withstanding this concentration. Significant problems also remain to be overcome, particularly with regard to the distribution and storage of hydrogen. One way around this is to convert the highly volatile and flammable gas into a slightly more ductile fuel such as ammonia or methane. However, since energy would be lost in this conversion, it would only be worth doing so when the value of the resulting product is relatively high, or to obtain specific products which may be difficult to produce directly from natural gas.

According to various studies, including the report “Hydrogen Roadmap Europe: A sustainable pathway for the European Energy Transition”, hydrogen can become an essential element in accelerating the energy transition and generate major socio-economic and environmental benefits, covering 24% of the final energy demand and creating 5.4 million jobs by 2050, as well as contributing to an overall reduction of 560 million tons of CO2. The development of technologies associated with electrolysis and a massive industrialisation effort for this industrial sector should significantly lower the cost of building electrolysers. This, coupled with the increasing affordability of electricity from renewable sources, could make the production of green hydrogen increasingly competitive. According to “Bloomberg New Energy Finance”, the cost of producing green hydrogen could fall by more than 70% over the next ten years. At the same time, new plants or the revamping of existing ones will be required for the production of green hydrogen, with strong implications in terms of new industrial and process automation, and a major impact on the economic development of our country. One thing is certain: the green hydrogen market will follow a trajectory determined by political support and corporate investment in this technology. And both factors are moving very fast. As the IEA (International Energy Agency) points out, there has never been a more appropriate time to exploit the potential of hydrogen in building a safe, clean and sustainable future energy mix for all consumers.