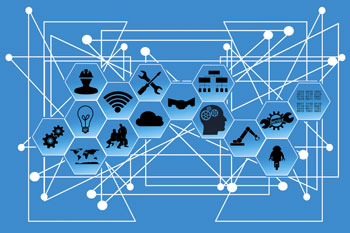 What has been done and what still needs to be done to turn Industry 4.0 into a concrete and shared reality? We discussed this with the scientific committee of “Controllo e Misura”, dealing immediately with a key issue: are we talking about a revolution or an evolution?

After months upon months of preaching the need for Italian companies to comply with Industry 4.0 standards, is it possible to have an idea of what is happening on the domestic market? In terms of new technologies, tax relief and above all of compliance with new requirements. This is no easy task but, even though we are in a very early phase, some results are becoming visible. We discussed this with the scientific committee of “Controllo e Misura”, asking a list of questions.
We can begin by anticipating a certainty: there is still a lot to be done.

During the year which just ended has there been a concrete impact of Industry 4.0 on automation and instrument technologies? Or is it still too early to obtain a realistic general picture?
The authors of the German Industrie 4.0 project wrote that “technologies for industry 4.0 are still in their infancy”. The Industrial Internet Consortium (IIC), which is driving the industrial applications of Internet of Things, states that “there is still a lot of work to be done in order to obtain a satisfactory communication level”. At a normative level, the joint work group JWG21, which ISO and IEC activated on “Smart Manufacturing”, is still passionately discussing as to what “Smart Manufacturing” means. In short, we are not close to “new” revolutionary technologies for factories. Every new technology establishes itself following a slow and hard development which over time crystallizes in a shared solution. Therefore in the future we should expect only better, cheaper and simpler tools, hoping for a greater shared culture. Industry 4.0, therefore, is an evolution more than a revolution. In the process automation field we are witnessing the injection and increase in connectivity and data processing and presentation functions. There are companies which are innovating, but the knowledge of Industry 4.0 and of the possibilities which it may offer is still scarce. If we really want to talk about a concrete impact, we might find it in financial terms more than in a real change of business models.
Is the market responding in a flexible way to changes which are taking place, or is it reluctant? Are there segments which seem more willing than others to enact digitization?
Many Italian companies had been using, in some cases for more than a decade, what the Industry 4.0 Plan describes as “enabling technologies”. For these companies the Plan has not brought anything new but it has been an efficient financial tool.
Other companies had to revise their corporate policies, update their automation systems, increase the sensor endowment of their machines, develop new software tools. For these the Plan has definitely been useful. A desire to learn new technologies, improve the product and understand advantages deriving from a more intense and integrated automation underlies all segments.
Besides, Super and Hyper Amortisation represent interesting incentives to carry out revamping, expansions and improvements. However, some reluctance remains: an exasperated connectivity implies an opening of networks which leads to the problem of information security; the high amount of integration between multi-vendor system reveals a gap between “connected” and “integrated” companies which may only be filled by persons with distributed and transversal competences. Attempts are therefore being made to take a step forward, by integrating production operations with other corporate activities, from logistics to labour organization to after-sales service and so on. There are encouraging examples, but there is still a lot of work to be done, especially as regards training of management and personnel.

After the first phase of dissemination of the new principles of Industry 4.0, is it possible to foresee which the future trends will be, both in the technological and business model domains?
In this preliminary phase, the joint effort is that of defining a “reference model”: attempts are being made to standardize a data structure capable of containing all the information needed to interact (for instance, with a machine) in all phases of its life cycle depending on the specific interests of the interacting subject (which could also be another machine). The first reference model is the German one, called RAMI 4.0, made up of a three-dimensional matrix which identifies “when” in the life cycle a datum becomes useful, “where”, that is, at what functional level in the factory, and “for whom”, that is, what subjects are interested in the datum. Among the trends which may be identified: the diffusion of smart sensors and wireless protocols, hardware and software tools for computer security, virtualisation technologies, the diffusion of OPC-UA as a standard for sharing contextualised data, Data Analytic algorithms for the extraction from Big Data of information useful for the control and management of the production process, packages for integration with laboratories, platforms (MES) and applications to manage production and interface with management systems. Regarding the business model, a fundamental trend will concern flexibility, so as to reply immediately to the market’s demands. Therefore, we shall probably witness the start-up of many small businesses, while larger concerns will create leaner business divisions.

What has been done so far in terms of tax relief, and what should the specific objectives be in order to provide companies with an increasingly tangible support?
The support mechanism of the National Plan certainly helped investments in machinery (Ucimu mentions an 86% increase in sales in Italy during the fourth term) and provided a strong stimulus to a still market, but at the same time it showed its limitations and errors. The fluctuation of the expiry dates for incentives, the certification forms published well into the second half of December, the overlapping and intertwining of structures for technological transfer and research create mistrust and confusion. This having been said, some positive effects are becoming visible. It would be appropriate to keep up incentives and to make them even more attractive for those introducing real and measurable improvements in their production system. Suffice it to look at what is going on in Germany. There two aspects have been supported, which the Italian National Plan has neglected: the development of new technologies, and of new products/services. Industry 4.0 finances the use of existing technologies, but does not help development (or at least monitoring) of the ones which will be the real technologies of the future 4.0 factory. In a few years’ time, we risk having to buy automation technologies abroad. Besides, the Industry 4.0 Plan does not support the development of new sensor-equipped and connected products, nor those who intend launching services based on 4.0 technologies. It is therefore not only necessary to do better what we have always done, but also new things which might offer the benefits of digitization.
Besides, companies should be encouraged not only to purchase new machines, but also to create networks, to enter innovation hubs, to form alliances in order to tackle new markets, to take part in international research and development products.