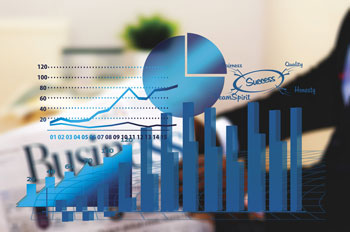 What will be the future of digitalization? That was explained by Professor Giambattista Gruosso from the Dipartimento di Elettronica, Informazione e Bioingegneria, Politecnico di Milano, starting from mechatronic skills in Italian industrial clusters

Professor Giambattista Gruosso from the Dipartimento di Elettronica, Informazione e Bioingegneria, Politecnico di Milano, boasts a deep knowledge of the Italian manufacturing industry and its transformations. We talked with him about the state of the art and the future of digitalization in Italy, starting from the trends showed by the survey Professor Gruosso conducts every year with his team about mechatronic skills in Italian industrial clusters, on the occasion of Forum Meccatronica. The trade event, organized by ANIE Automazione and Messe Frankfurt Italia, has inspired and promoted the Observatory through the two organizations.

Let’s start from the survey carried out with your team for the project named “Mappatura delle competenze meccatroniche”, promoted by Messe Frankfurt Italia and ANIE Automazione, which was presented in December. This year the survey focused on the Marche region. Which main aspects have come to light and what has most surprised you?

The territories under investigation from the surveys we have conducted in the latest years are quite different each other. However, within every cluster we noticed a sort of best practices contamination, due to the fact that entrepreneurs talk to each other, and this creates a positive environment. As a trend, in the Marche region we have noticed that even the tertiary sector, totally foreign to the industry until a few years ago, looks more closely at the issues of automation. This is also due to the fact that some solutions – the cloud, for instance – designed for different targets are increasingly applied to the industrial world.

Which requests do the users of automation solutions – that is to say machine builders or end users – address to suppliers?

A better applicability of artificial intelligence tools, first of all. Whoever works in the industry is aware of the potential of the so-called machine learning and there is a lot of curiosity around this subject. Then, energy savings and predictive maintenance are surely the two aspects of the industrial process that are easier to understand. However, it is quite hard to find who really knows how to handle systems based on production data analysis: the architectures are well equipped to collect data, but often there is no data scientist, a figure able to study and analyze such information. In fact, technology providers tend to reduce the IT skills required to their customers through the use of Apps with simple and intuitive interfaces. Another request concerns the interoperability of architectural components, in order to prevent that any technological solution might affect the choice of the whole IT architecture. To sum up, people are willing to use automation technology, but at the same time there’s also a bit of distrust due to the fact that the results are not so readily measurable.

What are the main risks for entrepreneurs who are approaching process digitalization?

I am thinking of at least three risks. The first is to underestimate both the potentialities and costs of such a transformation. The second is to invest without having a strategy or a vision, thus risking to increase costs. The third risk is not to consider the bond between technology and human capital: without a suitable resource training, technologies remain unused or unmanageable. Speaking of Industry 4.0, I think that many people wrongly consider only the issue of connectivity, while the scenario is actually much more complex and featured by the combination of different technologies. To make a more concrete example, some companies approached the issue years ago, but rather randomly, often putting too many sensors on machines, before noticing their mistakes quite soon. It is no longer possible to repeat the same mistakes today.

Do you believe that mechatronics and digitalization can, in the medium to long term, favour the development of manufacturing companies even in less advanced regions, such as those of Central and Southern Italy?

This is a hot topic, indeed. Bringing technology into a fabric of companies quite reluctant to such investments is certainly more complicated. Technology undoubtedly generates benefits, but the availability of a proper infrastructure network – both physical and virtual – remains a key issue and cannot be avoided. It is quite different, for example, to complete and update the digital coverage of a territory than to build a digital coverage ex-novo. As for Southern Italy, there are several experiences of hi-tech companies that are integrated with the most modern processes: these companies have often made investments and adapted their production process management. There are, however, quite relevant differences between different areas in Southern Italy.

Talking about skills, today there is a discrepancy between technological development and the skills of people in charge of process management. In your opinion, is this a risk factor for the Italian industry?

I do not think that we are facing a lack of skills tout court, but rather a lack of expertise in individual territories. Today, the areas of attraction are often far from the territories where training is provided. In other words, it is not a matter of skills, but companies do not always manage to be attractive and bring resources to their territories. Italian training institutions can actually provide the so-called hard skills, otherwise it would be impossible to explain why our graduates are so much requested abroad. Regardless of the program promoted by the government, a real dual system between school and work – a system that allows students to practice – still lacks. Universities or technical secondary schools can teach students about how to implement a technology or how to manage with formulas, but they cannot teach students what it means to work within a business process. Similarly, today it is absolutely crucial to think of intermediate training paths that may join hard skills and soft skills, the latter of which are crucial indeed in the current scenario.

Also due to the government’s Plan, the label “Enterprise 4.0” is increasingly widespread in the public debate as an Italian alternative to the German “Industry 4.0”. Is this just a matter of marketing or is it a concept that entrepreneurs in Italy should adopt to introduce digitalization more efficiently?

First of all, marketing should not be seen with a negative meaning. Technologies falling under the name of Industry 4.0 can bring an actual benefit to the country, aimed at increasing exports and then generate additional GDP. If we look beyond the national borders, we understand that it is increasingly difficult to count on competitive advantage, also because technologies are no longer related to a territory or a part of the world. For example, in China it is possible to create heavily automated systems based on German technology. Moreover, entrepreneurs can no longer grow fond to their products, but they should consider that the undergoing transformation may imply a change to their business. Are we sure that in the future we will trade the same products we trade today? How can business change according to the transformation promoted by Industry 4.0? And how can we give value to services, as well as to products? All these questions should be part of the vision of enlightened entrepreneurs.