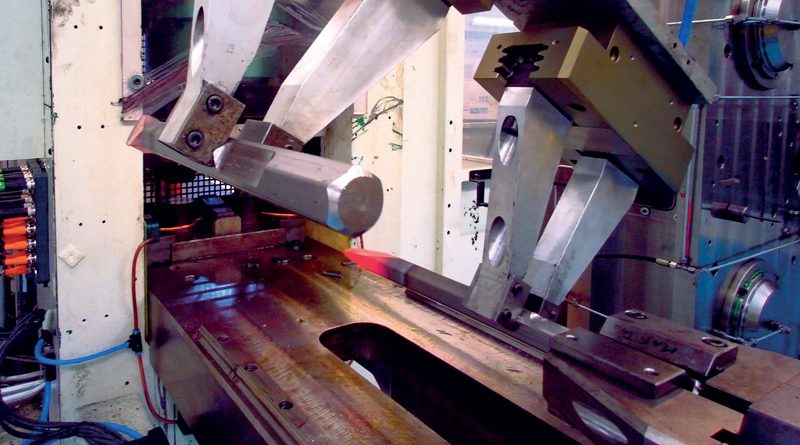 For the revamping of the in-house embossing process, Aresi Power Tools chose solutions capable of guaranteeing not only an improvement in performance, but also a clear reduction in energy consumption. For this reason, it started a partnership with Bosch Rexroth, which resulted in the installation of the CytroBox hydraulic power unit.

Product innovation and performance quality have historically been the strengths of Aresi S.p.A., a company within the Bosch Power Tool group specialized in the production of demolition chisels for electric hammers with headquarters in Brembate (near Bergamo). “Aresi’s product has these strengths”, Cristian Falchetti, plant manager at Aresi S.p.A., explained, “also thanks to the company’s decision to keep control of the know-how of the most complex production processes: actually, we manufacture all forging dies and many of the production cells we use in-house”. Created also to respond to a concrete need, “we are a niche sector and there are very few manufacturers of plants specialised in these processes”, Falchetti confirmed, this strategy has become a pillar of Aresi S.p.A.’s competitiveness. “In the Brembate plant we carry out the entire production cycle”, Falchetti continued, “starting from pieces of steel bars and shipping packed chisels all over the world. In order to remain competitive, it is essential to be able to count on production processes fast enough to cut costs and flexible enough to adapt to the constant fluctuations of an extremely variable market. This is why we invest significant resources in designing and innovating our production department”. The most recent of these innovation projects, the revamping of a production line with an integrated embossing machine, also marked the beginning of our partnership with Bosch Rexroth for hydraulics and automation management. “As Aresi S.p.A.-Fabio Berzi, technical part manager, explained – we needed to renew the embossing process, in particular the management of the hydraulic part, freeing ourselves from the expertise of local suppliers to take a step forward in terms of precision, predictability and productivity (in terms of waste management and lower cycle times), compactness of the plant but also energy savings and thus respond to the ever-increasing demand for competitiveness and efficiency expressed by the market. We therefore turned to Bosch Rexroth, who provided us not only with support for hydraulic management, but also with an integrated solution including automation (drives, PLCs, controls, operator panels) in order to have an even more precise machine”. To better understand how this machine was innovated, however, it is worth presenting it in more detail: the Aresi S.p.A. line subject to revamping is part of the forging process, that is, it produces the tip of the chisel through a hot deformation process. The bar is heated, beaten by hammering machines which shape it and then – in some cases – it is processed by the embossing machine to remove excess material.

Innovation and integration are at the heart of the project

In this project, hydraulics management played a key role considering Aresi S.p.A.’s req”The challenge presented by Aresi S.p.A. was not an easy one,” Paolo Boccacci of Bosch Rexroth explained, “because the aspects to be managed were numerous and not straightforward: first and foremost, the forces involved, as in order to successfully deform the chisel, an important performance was required in terms of the tons to be generated, but at the same time a high level of control of the axes was needed to guarantee positioning precision.  Besides, the chosen solution had to ensure significant energy savings compared to a standard hydraulic power unit. During the design phase, we realised that the Bosch Rexroth CytroBox hydraulic power pack had all these characteristics and was therefore the ideal solution for this project”. Today CytroBox manages all the hydraulics of the embossing process in Aresi S.p.A., from the closing of the hydraulic vice to the movement of the hydraulic cylinder, always guaranteeing maximum reliability and with half of the energy consumption compared to traditional control units. “Another very important element for us,” Fabio Berzi continued, “is the size of the Bosch Rexroth hydraulic power unit: thanks to its compactness, CytroBox made it easy to position this embossing cell within the plant layout”. Another advantage guaranteed by the CytroBox is the volume of oil used: about one third compared to that required by standard plants. “This feature,” Bosch Rexroth’s Boccacci explained, “has a lower environmental impact in case of spills and accidents, but it also has an important financial value since the reduction in oil consumption corresponds to an immediate economic return”. It is also important to underline the value of having chosen a 100% Bosch Rexroth solution for the entire line: from the integrator panel to CytroConnect, the monitoring system for the hydraulic power unit, through the PLC and the pre-installed sensors. “This integration”, Boccacci explained, “implies an even more in-depth dialogue between CytroBox and the PLC, allowing continuous monitoring, even remotely, of the state of health of the hydraulic power unit”.

A collaboration which will continue with new revamping projects

The revamping project of the embossing line having been concluded with satisfaction, the machine is now in production and Aresi S.p.A. intends to continue with this partnership. “It has been an instructive partnership for everyone – Cristian Falchetti, plant manager Aresi S.p.A.,explained – we improved in hydraulic management and controls even due to the possibility of cooperating openly and frankly with Bosch Rexroth technicians. It was an important experience for a company like ours which, we should remember, is not a machine manufacturer”. “We have a number of projects which will involve Bosch Rexroth on several fronts,” Fabio Berzi, technical manager, confirmed, “and the first will probably involve the use of CytroPac, the smaller version of CytroBox, as a hydraulic power pack for the revamping of an electric tracing machine.” The involvement of Bosch Rexroth’s hydraulics solutions in this type of project is no coincidence. “Revamping is a very important opportunity for the spread of CytroBox”, Paolo Boccacci confirmed, “because it allows us to offer end-users highly technological solutions which are very easy to install in place of previous technologies. This is possible thanks to some of the distinctive features of the Cytro family of products: compactness, pre-installed on-board sensors, and the fact that they are designed to bring end users into the new era of Industry 4.0 quickly and easily”. 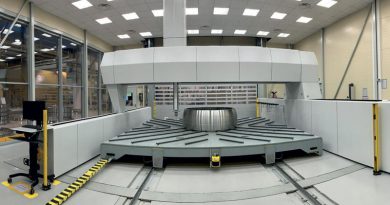 A 4.7-ton Special Bearing for the Dredger 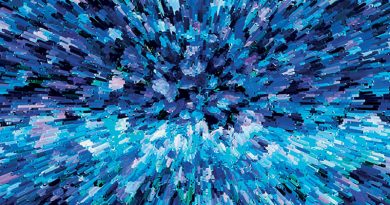 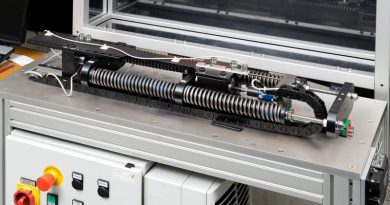 All the Advantages of “In-house” Test Systems 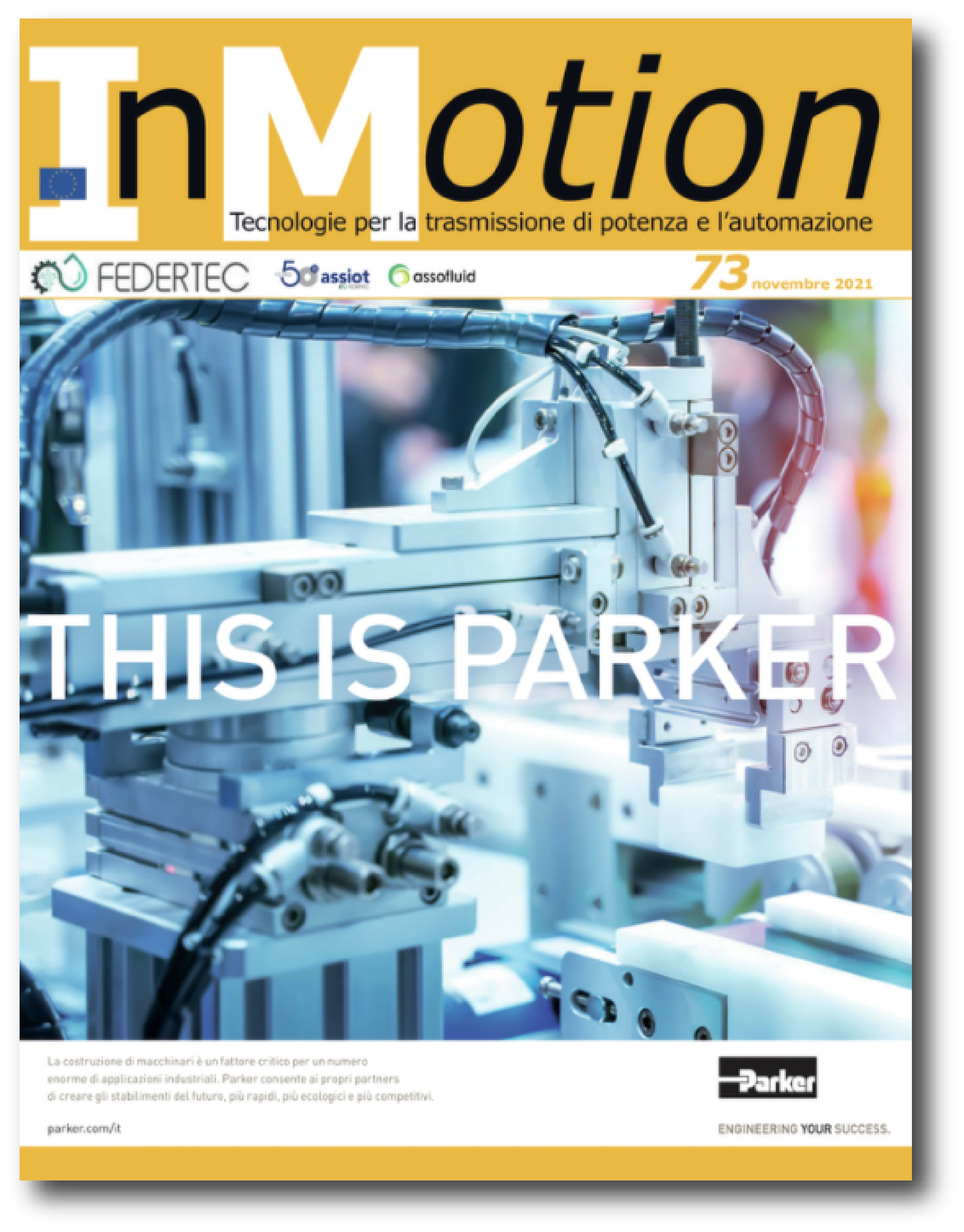 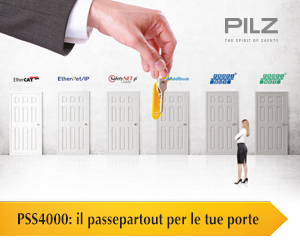