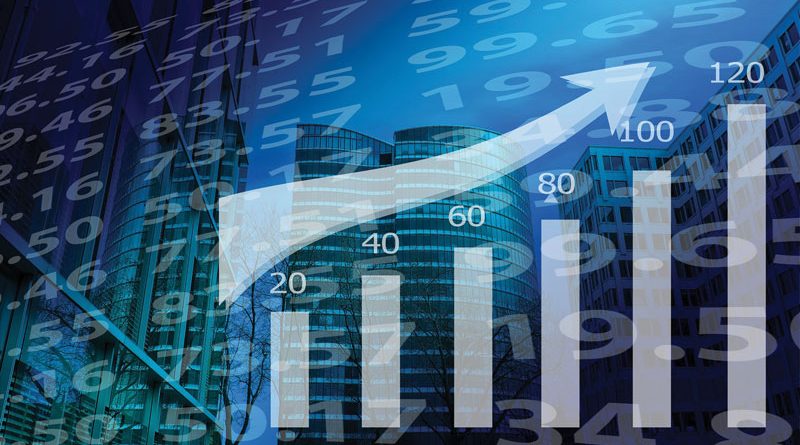 Forecasts confirm it: the market is aiming for recovery. While waiting for the first effects of the PNRR (National Recovery and Resilience Plan), let us take a look at the economic situation both at global level and for the main Italian industrial sectors

As Federmeccanica reports (“Congiuntura Metalmeccanica – 159° Indagine Congiunturale” – “Metalworking Sector – 159th Periodical Survey”, September 2021), the signs of recovery in the global economy observed in the early months of 2021, favoured by measures to support families and businesses, are now consolidating. The outlook is for robust growth both this year and in 2022. However, the context is still marked by uncertainty, also linked to the effects on production activities of the rising costs of raw materials and their limited availability on the market.

In its World Economic Outlook published in July, the International Monetary Fund (IMF) confirmed its previous estimates for the growth of the global economy in 2021 (+6.0% after -3.2% in 2020) and revised upwards those for 2022 (+4.9% compared to +4.4% in April). World trade in the current year is expected to expand by a further 9.7% compared to the previous forecast in April (+8.4%). In its analysis of the international economic scenario, the IMF highlighted how the recovery of the global economy is characterised by a narrowing of the gap between the growth rates of advanced countries (+5.6% in 2021) and those of emerging economies and developing nations (+6.3% in 2021). The rebound in the advanced countries is particularly driven by the US economy, which is expected to accelerate to +7% in 2021 (+0.6% compared to previous estimates), while the downward correction in the emerging and developing economies is mainly linked to the greater spread of the virus in Asia. The IMF, in fact, downgraded GDP estimates for China (0.3% less than in April) and especially for India (the downward revision was 3%).

As regards Europe, the growth prospects are for a faster recovery than previously expected. The European Commission, in fact, has improved its estimates for both the EU and the Eurozone since last spring, which will both post +4.8% in 2021. Germany is expected to close the year with a GDP growth rate of +3.6%, which is lower than expected for France (+6.0%) and Spain (+6.2%).

Italy: a strong recovery is expected

With reference to Italy, the main international institutes agree on the strong economic recovery of our country with a growth rate of around 5%, but it must be remembered that the fall in 2020 (-8.9%) was larger than in other countries. Recent ISTAT data show that in the second quarter of 2021, Italian GDP increased by 2.7% compared to the previous quarter, which was more pronounced than the increase recorded by France and Germany, and the overall change achieved in 2021 is +4.7%. The acceleration observed was mainly driven by the expansion of domestic demand thanks to the increase in consumption (+3.4%) and the good performance of gross fixed investments (+2.4%). In July, the recovery phase of industrial production continued and the index measured net of construction reached pre-crisis levels, marking a further rise in the economy (+0.8%). A further boost to the country’s economic recovery could come from the launch of the PNRR (National Recovery and Resilience Plan) projects, an opportunity not to be missed to provide an answer to the main challenges which Italy will have to face in the next few years.

Towards a greener and more digitised economy

In Italy, all the main sectors of activity recorded increases on a monthly basis, while the performance observed especially for capital goods stood out. In terms of trends, the calendar-adjusted index shows strong increases for almost all sectors, due to the particularly low production levels in April last year, the period in which the greatest restrictions on production activity were recorded in order to contain the Covid-19 epidemic. The latest OECD (Organisation for Economic Co-operation and Development) Economic Study on Italy highlights that government support to households and businesses should continue until the recovery will be largely consolidated, and should become increasingly targeted as the economy bolsters up. The study also states that fiscal support has been effective in mitigating job losses and preserving productive capacity. Increased public spending, including from Next Generation EU funds, will support more investment and will be accompanied by increased confidence and demand. The study goes on to say that the PNRR offers a unique opportunity to create a greener, more digitised and more productive economy. The government, the Study reports, has set out an ambitious programme which rightly prioritises competition and public sector reforms, as well as strengthening the effectiveness of civil justice systems, in order to address the uncertainty, delays and costs which currently hinder investment. The competitiveness of Italian firms can be improved through investments in green infrastructure and broadband.

The bright and dark sides of automation

For industrial manufacturing and process automation, 2021 is also a year of ups and downs. The expected recovery is confronted with tensions on prices and delivery times for the main commodities used in the production process, together with shortages of basic electronic components. Definitely positive signals are coming from the market, where automation technologies are playing a key role in the transition process of manufacturing towards the objectives of innovation, digital transformation and environmental transition. A recent survey by ANIE Automazione estimates a return to a growth path as early as 2021 (+6% is the expected change in turnover) and a recovery to pre-Covid levels in 2022. On the international front, despite the continuing instability of the global scenario, the sector will recover its dynamism on markets beyond its borders. It should be noted that, in 2020, the Italian manufacturing and process automation industry recorded a total turnover of €4.5 billion, down by 10.3% compared to 2019. With exports down by 3% and imports by 6%, the domestic market showed a contraction of 10.9%. For further information, please refer to the editorial on page 11 in the latest issue of “Controllo e Misura” entitled “Industrial automation returns to pre-pandemic levels”.

The economic scenario is favourable

An important source for understanding the economic trend we are experiencing was provided by the EMO Milano trade fair in October, which welcomed visitors from over 50 countries. The 2021 forecasts drawn up by the Ucimu-Sistemi per Produrre Study & Business Culture Centre have revised upwards the estimates presented before the summer break. These forecasts indicate that Italian production of machine tools, robots and automation will grow by 22% to 6.3 billion euros. This result is the outcome of both the excellent trend in deliveries by Italian manufacturers and of exports, which will reach a value of 3.4 billion, 19% more than the 2020 figure.

Italian demand is decidedly lively, as shown by the consumption figure, which is expected to reach€4.6 billion, 28% higher than in 2020. This result will act as a driving force both for manufacturers’ deliveries in Italy (which will increase by 25% up to 2.9 billion) and imports, which will grow by 33% to 1.7 billion. The outlook is therefore positive not only for the end of 2021, but also for the first few months of 2022. Production capacity was also found to be on the increase, with the index reaching almost 80%, a figure higher than that recorded in the last quarter of 2019. In consideration of these findings, Ucimu believes that the economic moment for our country as well as for the sector is decidedly favourable, also thanks to the availability of government incentives envisaged for those who purchase new production technology, both 4.0 and traditional. In this scenario, finally, the trade exchange data show a good competitive positioning of the Italian offer in digital technologies to support production processes. 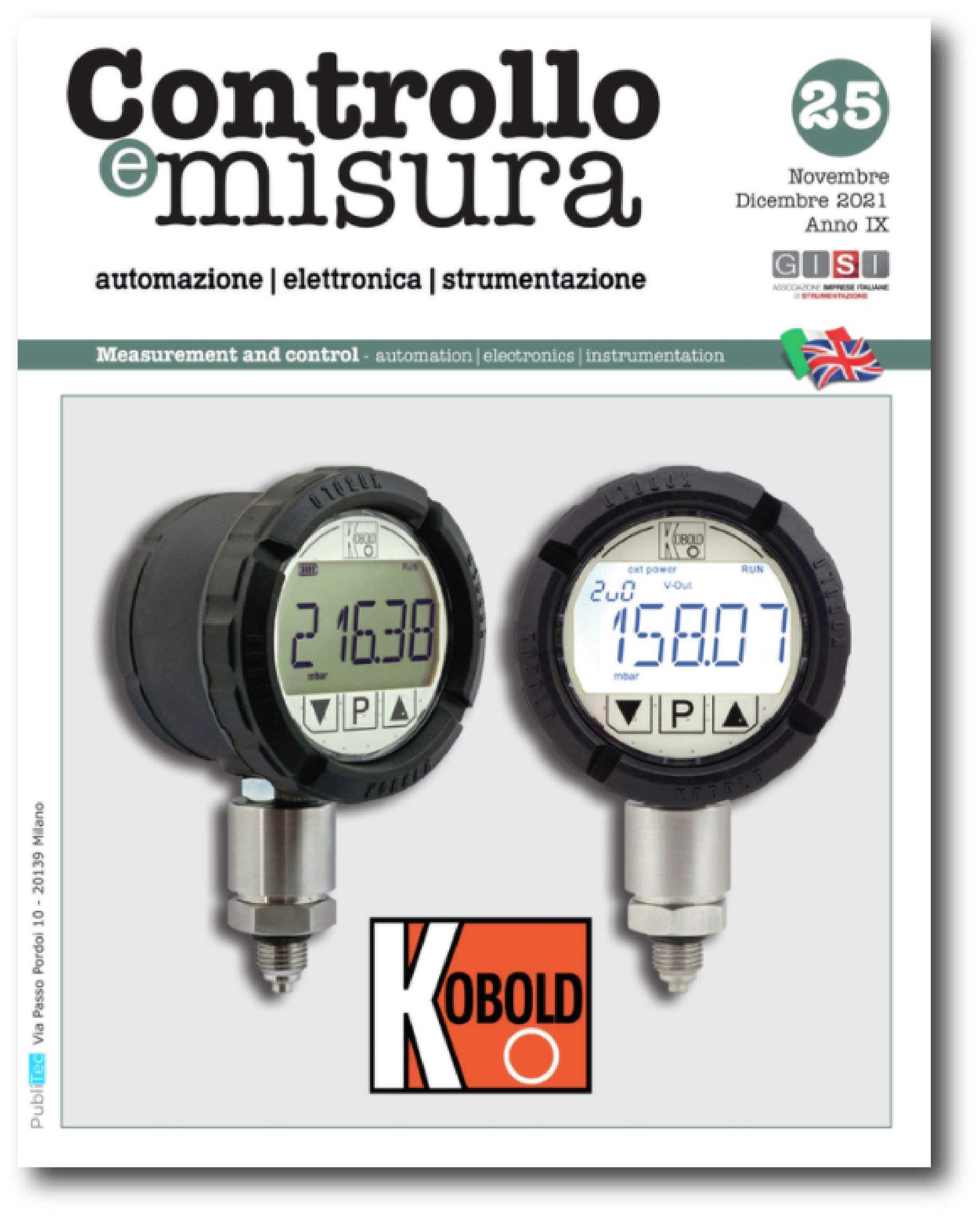