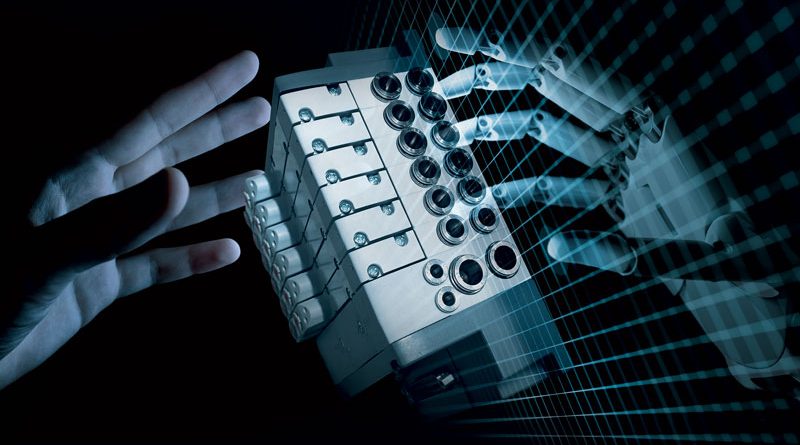 Thanks to the integration of electronics, the Camozzi’s smart components can provide information in order to diagnose and predict their own health. And all this by aiming at plant efficiency, also in terms of energy saving

Founded in 1964, the Camozzi group began its history by developing and marketing pneumatic components for industrial automation. In the following years, the group has grown, expanding its product portfolio also through the creation of four more divisions operating in different sectors, and which joined the initial nucleus of the company today represented by the Camozzi Automation division. One of the most important innovations brought forward by the Camozzi group in recent years was the integration of electronics within components. Andrea Camisani. Technical Director Mechatronics at Camozzi Automation, explained: “The product range has gradually expanded to include electromechanical cylinders and actuators, right up to grippers and, above all, smart components”. And it is precisely the smart components which represent the core of the Camozzi Automation division, appearing as an evolution of the pneumatic components towards the system side.

The starting point is the concept that components and sensors are no longer separate parts, but integrated: a single unit capable of “communicating” with the outside world. “There is an increasing demand for the integration of functions enabling the reduction of wiring and operating costs, and above all for data processing closer to the component itself” Andrea Camisani said. To achieve this objective, there has been a long search for the best algorithms which could allow the inclusion of certain information from the analysis of quantities underlying the physics of operation of the mechatronic components themselves. The Camozzi group is carrying out various research activities, both within its own centre in Brescia and in the hub in Milan, where it cooperates with the Polytechnic University for the development, among others, of components, sensors and software in view of Industry 4.0. “Our CoilVision technology is the translation of all of this into practice,” Andrea Camisani explained, “that is, the creation of a series of patented methods and algorithms through which the health of the electropilots inside the component is monitored”.
Each electropilot drive is analysed to acquire information which, processed by software algorithms, makes it possible to diagnose and predict the health of the component. All of this is done by working on the modelling of the object and the reading of its physical and electrical quantities.

The scale which Camozzi Automation uses to help its customers map the state of health of the components is divided into three “zones” marked by different colours. The “green zone” represents an optimal state of health, and no report is forwarded to the client other than a decreasing percentage of the state of health. After that, when the residual life status is estimated to be around 15%, we enter the “yellow zone”, where a warning is issued stating that the component has entered an end-of-life phase, and it is up to the user to decide whether it is time to intervene. Upon entering the “red zone”, on the other hand, Camozzi’s indication is imperative: that will be one of the components to be replaced in a programmed maintenance plan, because it is no longer possible to ensure its operation. “Our smart components,” Andrea Camisani continued, “thanks to the integration of electronic components, are able to monitor the health status of the components themselves, carry out condition assessments and convey this information to IIoT platforms and PLCs. With this type of components, we have equipped also our Italian production lines”. In addition to this, Camozzi’s smart components are capable of integrating information on board the machine. The native integration of the components with the Camozzi Digital software platforms facilitates connection with the company’s MES and provides further benefits in terms of data interoperability and algorithmic development.

A graphic interface shows the health status of the component

Camozzi Automation, in conjunction with CoilVision, developed the UVIX (Universal Visual Interface X) graphic platform, a free software which may be installed in a Windows or Linux environment or IIoT gateway, and which returns to the customer a graphic interface on which all the indicators on the health status of the component are easily identifiable, so that clients can have a layout of their installation divided with the appropriate colour markings. Alternatively, if the clients need to receive information on the components through the most popular fieldbus systems, such as Profinet, Profibus and IO-Link, Camozzi Automation makes this functionality possible in its valve island with serial interface, so as to obtain the data directly from PLC.

Building the datum and energy efficiency

The interoperability of the data collected is one of the challenges brought about by the IIoT. In addition, there are dichotomies between the IoT and IIoT worlds, mainly related to the fact that in the industrial field, real-time controls cannot be replaced by devices with a latency pertaining to the Internet world. “This dichotomy is gradually diminishing thanks to new technologies such as 5G and to the fact that there are more and more hybrid architectures, which use parts of classic industrial automation mixed with IoT functionality” Andrea Camisani explained. “One of the challenges of the future will be to mix industrial automation and IoT in the best possible way, taking the best of both worlds; I do not think it is possible to have a single technology completely replacing the approach produced by developments over the years”. The result of this mixture is what is often referred to as a ‘cyber physical system’, that is, a system in which the traditional mechanical actuation part is one with the software layer, a more evolved model of the machine with a greater amount of data enabling a more precise supervision of machining activities. All this goes in the direction of greater plant efficiency, also in terms of energy saving.

One of the peculiarities of Camozzi components is precisely that of providing synthetic indices. Obviously, there are post- processing techniques useful when certain phenomena are deterministic but not immediately obvious: in this case a whole series of paradigms come into play, including artificial intelligence. The Camozzi group is developing AI along two lines. On one hand, there is the approach of the Automation division, an embedded and machine learning core type of approach, which exploits decision trees at component level, and therefore relieves the data processing chain of a whole series of computational and energy burdens. On the other hand, the Digital division uses AI with cloud techniques and tools. By means of a dashboard, it is possible to historicise data and retrieve them if necessary. This option opens the door to remote maintenance and control. Camozzi Digital’s complete package is called DRM, which stands for Digital Remote Maintenance. Using Microsoft Azure tools, the IoT hub platform is open and flexible, supporting open source SDKs and numerous protocols.

A business unit dedicated to the mechatronic evolution

Although in some cases they have different approaches, Camozzi Digital is often called upon to collaborate with the Automation division: they are, in fact, part of a ‘double offering’ for customers. Camozzi Digital was established within the group’s textile division, as in that domain it had already been understood several years earlier that the added value of machines was no longer in the traditional offer, but in digitization.
This process later also entered Camozzi Automation, which took up the challenge of bringing digitization to a lower level of automation, that is, to the component. Camisani explained: “One thing is to collect data from a machine, another thing is to collect them from a component: we are talking about a different scale factor; computational resources have been brought to generate the data inside the components, integrating electronics”. To do this, the Electronics business unit was created within Camozzi Automation, dealing with this mechatronic evolution of its products and the integration of electronics into components.