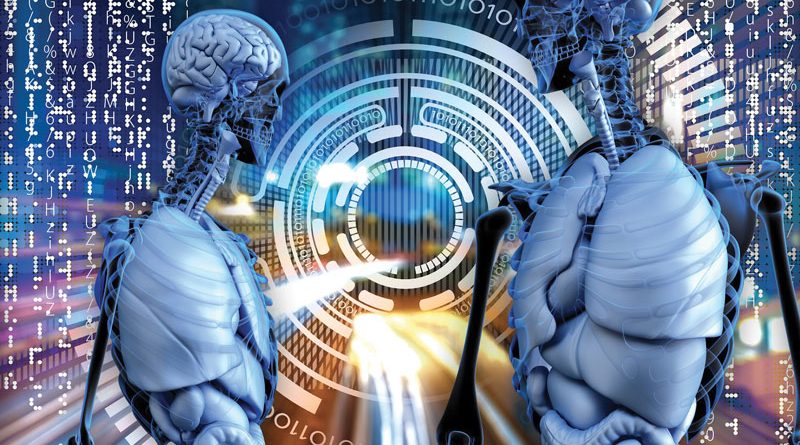 Artificial intelligence (AI) is becoming increasingly popular because of its simplicity of implementation and design, general applicability, strength and flexibility. It is therefore essential for companies to understand its capabilities and limitations, and whether they can try this route

In the process industry, the use of highly automated production, centralised control and data collection dates back to the 1960s. The first industrial control information system of this kind was installed at the Texaco Port Arthur refinery in Texas in 1959. At that time, the need for industry standards to ensure consistency in terminology and operating models became clear. Subsequently, the ISA-95 standard was established, from which the IEC 62264 standard (DIN EN 62264) was born. With ISA-95, the best part of facilities in the process industry have achieved an almost fully automated production process, where resources are often linked to a central control system (for instance, a DCS), SCADA and MES. Although other sectors also have automated resources, often based on PLCs or CNCs, the interconnected environment typical of the process industry is sometimes lacking. It was only in 2015 that organisations such as NAMUR began to explore the first applications of Industry 4.0 in the process industry, focusing mainly on new technologies, the connection of distributed resources and data collection. Only later did they focus on using Industry 4.0 to make the right decisions, at the right time, optimising processes, maximising profits and minimising risks.

Artificial intelligence (AI) attracted considerable attention as early as the mid-1980s because of its potential to solve complex problems in many fields. It involves various technologies, such as neural networks, fuzzy logic, genetic algorithms, expert systems and hybrid systems. These technologies have been widely used, for instance, in various applications in the field of chemical engineering, such as modelling, process control, classification, fault detection and diagnosis. In order for designers, manufacturers and users of process control systems to benefit from this technology, it will become increasingly important to understand what AI can do, the capabilities and limitations of various AI technologies, and how to determine where and whether an AI-based solution should be attempted. Today, AI techniques are gaining popularity due to their characteristics of simple implementation, easy design, generality, robustness and flexibility. This spread is evidenced by the strong growth of the market, which from 27.23 billion dollars in 2019 is expected to reach 266.92 billion dollars in 2027, with a CAGR of 33.2% over the period (source: Fortune Business Insights). According to Statista, the global AI software market will reach around 126 billion dollars by 2025, driven by applications such as natural language processing, process automation, robotics and learning.

The target of sustainability

At the same time, sustainability and green initiatives are becoming increasingly important for industrial companies. Advanced process control and online optimisation technologies decrease process variability, reduce waste to a minimum, optimise processes against constraints and support autonomous operations. The market for advanced process control and online optimisation will therefore continue its growth. Some regions of the world, such as emerging economies, will continue to invest extensively in new projects. Other more developed regions will focus on modernisation and improvement projects in terms of safety, reliability, sustainability and efficiency. This transformation will put process industries under constant pressure to improve performance, driving demand for advanced process control and optimisation solutions in an increasingly competitive industrial scenario. AI and machine learning will help to tackle process applications with non-linearities, especially in the chemical and polymer industries. At the same time, AI in the manufacturing market is expected to reach 1.1 billion dollars in 2020 and 16.7 billion dollars by 2026; thus, it is expected to grow at a CAGR of 57.2% during the forecast period (source: Research and Markets).

Automation in the process industry

The importance of automation in process industries has increased significantly in recent years. In highly industrialised countries, it serves the purpose of improving the quality of solutions, keeping the entire product range under control, improving process safety and plant availability, making efficient use of resources and reducing emissions. In developing countries, mass production is the main motivation for applying process automation. Today, the greatest demand is in the chemical, power generation and petrochemical industries; the fastest growing demand for hardware, standard software and process automation services is in the pharmaceutical industry. The importance of automation technology therefore continues to grow in the process industries. The traditional barriers between information, communication and automation technology are gradually disappearing in the operating context. The global process automation market was valued at 108.43 billion dollars in 2019, and is expected to reach a value of 165.87 billion dollars by 2023 with a CAGR of 7.16% during the forecast period 2018-2023 (Source: WFMJ). This domain covers different types of control systems and associated instrumentation used to control industrial processes: from large, interconnected, interactive distributed control systems with many thousands of field connections to a few modular controllers mounted on panels. The main market drivers are the increasing number of large and complex datasets (big data), industrial IoT and automation, improved computing power and increased venture capital investments. The main limitation for the market is the reluctance of manufacturers to adopt AI-based technologies. Critical challenges facing AI in the manufacturing market include a limited skilled workforce, data privacy concerns, and a significant financial and operational impact of the COVID-19 epidemic on manufacturing.

Cautious predictions for the future

The market for AI in industrial control applications is likely to experience a slight decline in terms of year-on-year growth in 2020 (source: Research and Markets). This is largely due to the impact on supply chains, and the limited adoption of AI in production in 2020 due to lockdowns in different parts of the world. Many manufacturing companies have stopped production, which has collaterally damaged the supply chain and industry. This interruption has caused a delay in the adoption of AI-based software and hardware products in the manufacturing sector. Besides, many SMEs and large manufacturing plants have stopped or postponed any new technology upgrades in their plants to recover from the losses caused by the lockdowns and the economic slowdown.