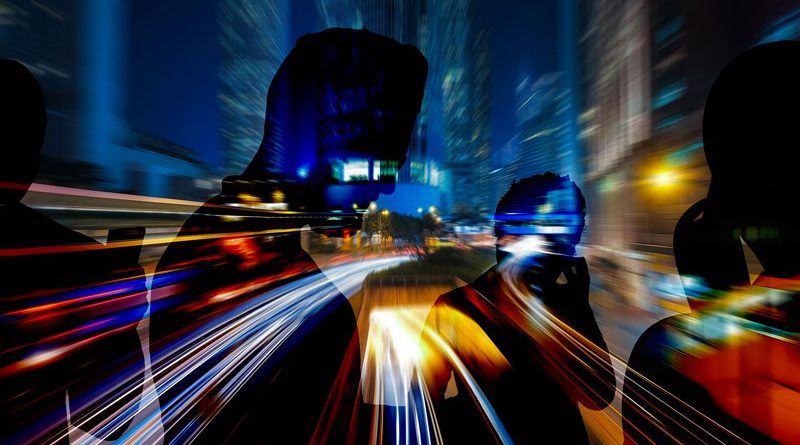 Ever since the 1980s, every decade we have seen new generations of mobile devices. Now the focus is on 5G, which will bring benefits to the manufacturing industry and enhance smart factory applications. But there are already those who look beyond and aim for 6G

5G is the first communication system to support high-frequency bands, such as the millimetre wave band exceeding 10 GHz, and it is a technology which allows the wireless transmission of data at the speed of several gigabits per second. As Frost & Sullivan points out in a recent study, the 5G network will bring numerous benefits to organisations and businesses once it is fully implemented, as it will connect a large number of high-speed devices and offer extremely low latency and enormous bandwidth, enabling the development of applications such as smart cities, smart healthcare, advanced logistics, smart factories and new smart transport systems. Companies will adopt 5G to get the most out of IoT (Internet of Things), cloud, Big Data and AI (artificial intelligence). 5G will integrate these technologies and gradually replace other conventional network services.

What are the benefits of 5G?

Modern mobile networks must be able to support a wide range of services requiring high bandwidth, such as multimedia applications, video conferences and online shopping. Operators often find it difficult to maintain steady connections for their subscribers and, with 4G technology, the actual speeds achieved are still often much lower than the maximum possible speeds. Moreover, the number of mobile devices is set to increase exponentially over the next decade. Thanks to 5G technology, compatible with previous generation technologies, it will not only be possible to better support existing services, but also to offer new services such as advanced mobile broadband and IoT, a key feature to implement Industry 4.0 compliant solutions. Many technology solutions currently used in 4G networks have been modified for use in 5G networks, thereby reducing power consumption, efficient bandwidth usage, reduced latency and increased capacity of connected devices. Future 5G services will operate in the millimetre wave range (mmWave) between 24 and 100 GHz, but the old 3 kHz – 5 GHz bandwidth will probably be used initially. An agreement between EU Member States ensures that all the bandwidth made available by the change of technology will be used before switching to millimetre waves. The implementation of 5G will facilitate the use of innovative solutions in a number of areas, including remote control of industrial processes.

There are some IT security risks

However, apart from some doubts about the possible effects on our health, 5G also presents greater risks to cyber security: criminals may be able to exploit defects in the 5G network, such as the vulnerability of virtualization. As 5G connects many devices, from conventional devices used in companies to IoT devices used in OT and commercial environments, the potential attack surface expands. It is therefore expected that IoT attacks and other attacks exploiting application vulnerabilities will increase. To address 5G security challenges, businesses and network operators will adopt a shared security model, similar to public cloud security, and distributed denial of service (DDoS) protection is likely to become the most important component of 5G security since the number of devices connecting to a network is growing every day. Indeed, a conventional security approach may not offer adequate protection when bandwidth usage increases. Therefore, organisations will look for scalable, automated security solutions with artificial intelligence and machine learning-based threat detection and response capabilities.

Others are investing in 6G technology

While the debate on 5G technology continues in Europe and beyond, South Korea is already developing 6G networks, which could see the light between 2028 and 2030. The interest of this nation is not surprising given that its operators were the first to launch commercial 5G in 2018.
6G networks promise speeds fifty times faster than 5G. According to the first reports, six key areas of development will initially be considered: hyper-performance, hyper-bandwidth, hyper-precision, hyper-space, hyper-intelligence and hyper-confidence. All within four key vertical areas: immersive content for digital healthcare, self-driven cars, smart cities and smart factories. Meanwhile, a pilot project aims to achieve a data transmission speed of 1 Tbps (terabit per second), which is about five times faster than 5G and will reduce latency to one-tenth of current 5G services. Also thinking about 6G are FCC, AT&T and Verizon, as well as ZTE and China Unicom, who will collaborate on technological innovation and 6G standards by actively promoting the integration of 6G with satellite networks, IoT, vehicle Internet and industrial IoT. These companies are joined by the University of Oulu, Finland, which already started research on 6G mobile networks in 2018, also driven by planned investments by the European Commission in new technologies, including 6G.

It is well established that 5G technologies will bring many benefits to the manufacturing industry, such as improved automated production, greater productivity, efficient and economical operations. Intelligent factory applications will be improved and enhanced by integrating all areas and components which make them operational. Logistics and strategies for the purchase/storage of materials and products will increase the efficiency and thus the productivity and profitability of companies and their production. Companies are facing a new challenge and industrial automation in its broadest sense will be one of the key points.