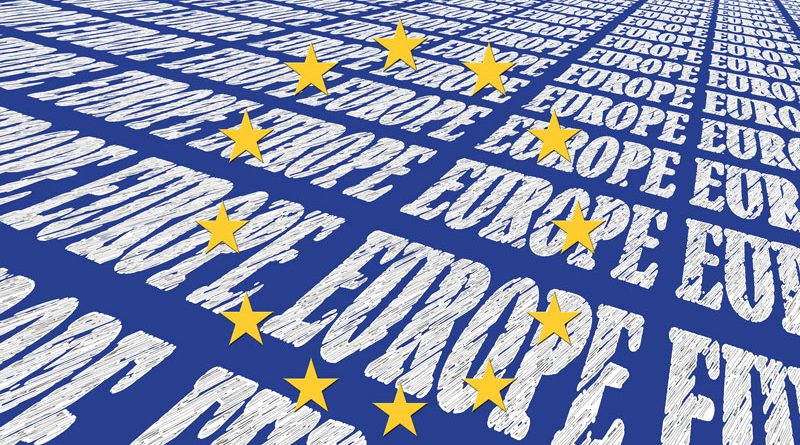 Changes in the political scenario, new tariffs, management of relations with China: here are many variables which Italian companies must face, with international demand which could decrease and a weak domestic market

Global manufacturing is emerging from a long phase of development which was marked by globalization. The end of this phase, which had included a multilateral vision of international trade and a progressive liberalization of markets, implies that industrial economies must tackle uncharted territories.
Italy, particularly, is facing a new context, where the guaranteed support of international demand risks to decrease, bringing back to the surface the issue of a structurally weak domestic market. The persistent weakness of the demand for investments stands out, penalized by the collapse of public demand dedicated to infrastructures. But even the private component, albeit supported by benefit policies from an Industry 4.0 standpoint, is suffering, due to the climate of growing uncertainty.
In spite of the contraction of activity levels which occurred in the crisis years, and the growing relocation of industrial development towards new economic areas, Italy in 2018 was still the seventh manufacturing power in the world. This role corresponds to another which is just as relevant from the standpoint of the capability to export, where Italy is ninth worldwide.

The results of European elections: Euroskeptics are on the increase but…
In this economic framework the European elections were recently held; some independent observers classified this vote as the “yes, but” elections. Euroskeptics grew (in some countries they were actually triumphant) but they did not succeed in changing the majority of the European Parliament; traditional parties lost consensus practically everywhere, but the majority in Strasbourg for now seems poised to remain in their hands. There was also a good performance of new, generally pro-Europe parties, but not everywhere. Finally the United Kingdom should have dropped out of the EU two months ago, but it was one of the first countries to vote, granting over 31% of preferences to the newly founded Brexit Party and its proposal of a no-deal Brexit.
Now the newly elected Parliament will have to elect the new President of the European Central Bank; the future economic balance of the Old Continent is therefore at stake, especially the Union’s monetary and fiscal strategies. Strong political interests are at play when it comes to opening to foreign markets: there are different position regarding the limits to imports from China, the quest for tighter trade relationships with the US and sanctions against Russia.

The risks of protectionist policies
At the same time, the effects of a protectionist escalation furthered by the United States could be significant both for economies more directly involved and globally, in consideration of the impact on the confidence of operators and on the value chains. For instance, if Washington were to decide during 2019 to levy a tariff of 25% on all products coming from Beijing and on global vehicle imports, negative repercussions would hit the entire international trade system. The export of Italian products to the rest of the world would increase more slowly (-0.2 percent in 2019 and -0.6 % in 2020), with even greater effects for our sales to the United States (-0.7 % in 2019, -1.1 % in 2020). We should then add to this the effects of a further deceleration which such an escalation would have on the Chinese economy (with cascading consequences on other emerging economies), further worsening the impact on overall Italian exports, which would decrease by 0.8 % in 2019 and 1.7 % in 2020. In the meantime, the Bank of England estimated that a global trade war in which all the world were to raise tariffs by about 10 percent would subtract in three years about 2.5% to the growth of GDP.
Finally, a possible deceleration of Germany should not be underestimated, as it is the first geographical market for our goods. A more marked decrease than expected would influence negatively Italian export.

The role of innovative startups
Meanwhile, there is good news from the domestic front. For instance, for the tenth consecutive month Italian exports within EU-28 showed a generally positive growth rate, which reached 2.2% during the month of March. Even from an economic standpoint the dynamics are favourable: with respect to February, the value of Italian exports in the area (duly adjusted for seasonal variations) increased by 0.9%. The trade balance of Italy with the EU recorded, as has regularly happened from the beginning of the year, a surplus; in March this reached over 1.2 billion euro, increasing by 528 million with respect tot he surplus recorded in the same month in 2018.
It should also be noted that, in the first quarter of 2019, innovative Italian startups crossed for the first time the 10,000 mark, adding up more precisely to 10,075 on March 31st. Their role is more and more important, as they represent by now 3% of all newly incorporated companies, and involve over 55,000 partners and employees.
These companies are typically young: not only have they all been founded less than 5 years ago, startups also have at least one partner who is under 35 in 42.9% of instances, a datum which is clearly larger that 33.7%, recorded by all the “non-innovative” new companies.
Another interesting aspect is the fact that they belong to the micro-company category.
Only 4 startups out of 10 (4,271) have at least one employee, and even these have on average no more than 3.1 employees each, as opposed to 5.6 in other recently founded companies.