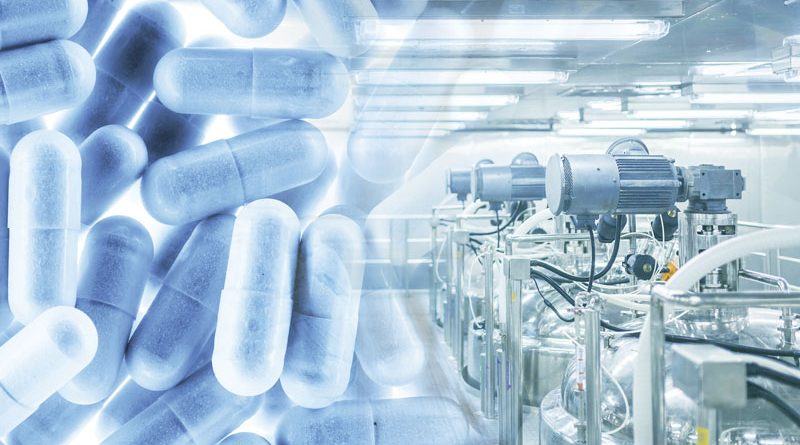 A pharmaceutical company uses WIKA precision digital pressure gauges to monitor the pressure of the nitrogen and the medium in the mobile tanks. All data can be transmitted via wireless to any Bluetooth-enabled device, including smartphones

Pharmaceutical products are manufactured using sensitive or critical ingredients, and an ability to monitor the pressure and temperature values continuously is therefore vital. Against the background of optimal process efficiency, measurement solutions featuring wireless communication are increasingly first choice, especially in mobile applications. Substances can pose risks for people and the environment. Furthermore, certain active ingredients have such a high financial value that the loss of even a small quantity can add up to significant economic damage. The same applies if errors occur in the production process. Transport-related interruptions represent a daunting challenge for the measurement and control technology.

Monitoring the pressure of the nitrogen and mediums in the mobile tanks
One pharmaceutical company employs double-walled tanks for the various process stations that are necessary to make different medications. The space between the outer and inner walls is filled with nitrogen under pressure. In the event of a leak in the wall of the product chamber, the nitrogen would prevent the medium from escaping. The manufacturer uses WIKA-built CPG1500 precision digital pressure gauges to monitor the pressure of the nitrogen and the medium in the mobile tanks.
These devices can measure pressure up to 10,000 bar with an accuracy equivalent to up to 0.025% of the span. Even the smallest changes are thus visualised immediately, and the user can take prompt action if a failure occurs. The digital pressure gauge also outputs a temperature value as additional information. This is calculated from the medium temperature as well as from the ambient temperature and self-heating, which are stable factors. The value which is indicated tells the user that a registered temperature change really is attributable to the medium.

An app required for wireless functions
The decision to integrate the CPG1500 into the tank control system was influenced by several considerations: the minimum battery service life of 2,500 hours, the wireless function and the data logger which can record more than 50 measured values per second with an enormous storage capacity exceeding 1.6 million data points. The manufacturer thus obtains a seamless, documented picture of all pressure and temperature cycles during the relevant time period. All data can be transmitted via the WIKA-Wireless interface to any Bluetooth-enabled device including smartphones, for which WIKA provides a special app.
Smartphones have proved to be extremely practical for monitoring mobile units. Of course, the CPG1500 can also be hooked up to a notebook or a tablet, although both of these are rather cumbersome for mobile applications. myWIKA device, the app required for the wireless function, can be downloaded free of charge from the stores for iOS and Android, it is fully compatible and supports both Low Energy and Classic transmission modes. The CPG1500 can be parameterised using a smartphone, which can also be used to activate the data logger. The data received is read out as a sequence of numbers or as a bar graph, either with the WIKA-Cal software or as a CSV file. Information on the pressure, temperature and time is then displayed on the operator’s smartphone. For further processing with WIKA-Cal or Excel, this information can be transmitted to a host device using the wireless function.

Reporting failures in good time to intervene without delay
The min/max function of the CPG1500 is ideal for critical processes in the pharmaceutical industry, to enable failures to be reported in good time, like a leak in the above-mentioned double-walled tanks.
An alarm is defined for this purpose around the minimum pressure. If the pressure in the nitrogen chamber falls below this value, the digital pressure gauge trips an acoustic signal on the operator’s smartphone.
The operator can then intervene without delay, stop the process and troubleshoot the problem.
The data logger supplies the user with a detailed picture of all essential parameters throughout the process. When the tanks are transferred to the next production station, the personnel there have easy access to information on pressure spikes or temperature changes inside. The pharmaceutical company also uses the logger for quality testing at the end of the production process. This involve recording the pressure and temperature cycles over a long period while the medium is at rest. The wireless function on which data transmission is based provides a very secure connection, and if ever the measuring instrument loses contact with the mobile receiver, the fault is indicated instantly and a simple click suffices to restore the connection. No data is lost: all measurements recorded in the meantime can be retrieved from the logger’s memory directly.

A solution to monitor processes over longer distances
Wireless applications using Bluetooth enable more flexible working. However, the distance between the measuring instrument and the receiver is limited to 15 metres. This is perfectly adequate for monitoring mobile tanks with critical media, because the ability to intervene rapidly has to be ensured if a failure occurs. Where processes need to be monitored over longer distances, a different transmission standard must be chosen. WIKA’s cryo gauge concept, for instance, was developed for checking the level in decentralised tank plants for liquefied gas. intelliMETRY, the remote data transfer module at the heart of this concept, receives the electrical output signals from the pressure measuring unit for level and working pressure. It then digitises the analogue measured values and transmits them to an online data centre via a GSM network (GPRS or SMS mode). This system is equally suited for other applications.