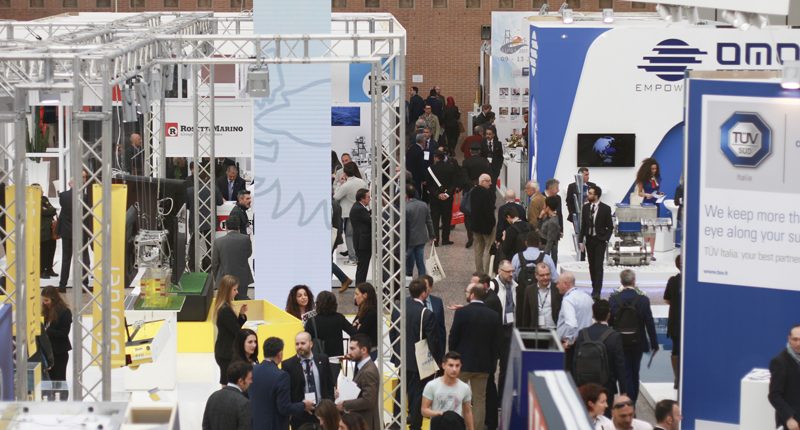 OMC, the main oil and gas international showcase in the Meditarrean, returns to Ravenna: as the trade fair chairman explains, in March the focus will be on the development opportunities in this area, and on its “bridge” role between Africa and Europe

From March 27th to 29th Ravenna will host the 2019 edition of the OMC (Offshore Mediterranean Conference), one of the most important international events for the oil and gas industry, capable of attracting over 21 thousand visitors and a thousand delegates, representing industry’s bodies and companies. Enzo Titone, chairman of OMC2019, explains the state of art of the research and production of hydrocarbons and the organization of the event, whose theme is “Expanding the Mediterranean Energy Sector: Fuelling Regional Growth”.

The rise in oil prices encouraged the recovery of orders, how do you evaluate the situation from your observatory?
“Research activities are definitely on the upswing. This is also confirmed by the recent agreements, such as the latest in Libya between BP and Eni, with the aim to kick off the activity of two blocks on land and one on the sea. Then we have Egypt, which has put in place further blocks both on land and at sea; Greece and Lebanon, which are starting the assignment of new activities. Unfortunately Italy does not feature on this list.”

The development opportunities of the Mediterranean will be at the center of the debate. Why did you choose this theme?
“Because the Mediterranean represents a bridge between production territories (the African area) and Europe, which is a big consumer. In recent days I took place in a debate promoted by ISPI (Institute for International Political Studies) in the World Energy Week Milan 2018. We spoke about the “bridge” role of the Mediterranean. On the one hand, we have these producer countries and we can offer them the chance of progressive sustainable development and improvement of the living conditions of the population, using the huge discoveries of gas but also that component of energy from renewable sources of which they are rich. On the other hand, there is Europe, a great energy consumer committed to diversifying the sources of energy supply. In the middle, lies the Mediterranean.”

Do you have the first advances regarding foreign guests?
“On the opening day we can confirm the presence of Eni’s CEO, Claudio Descalzi and of Egypt’s Oil Minister, Tarek el Molla (who will also participate with the other ministers interested in the afternoon panel on the implementation of a Gas Hub for the export of gas). Lebanon and Greece governments also confirmed the representatives of the respective energy ministries for the panel scheduled the next day, which will discuss the potential of the areas of respective competence.”

The Eni Green Data Center has revalued upwards the quantities of gas lying in the Adriatic. What evolution will have the sector?
“The reinterpretation of the old seismic data has shown a further quantitative potential of gas in the Adriatic Sea. Just keep in mind that for every cubic meter of imported gas, 25% is burned to compress the gas and make it travel in pipelines, with negative effects on the environment, the treasury and families. With km 0 gas the benefits are many for citizens: lower expenses for procuring energy, lower CO2 emissions, a substantial income from royalties and no currency exports.”. l