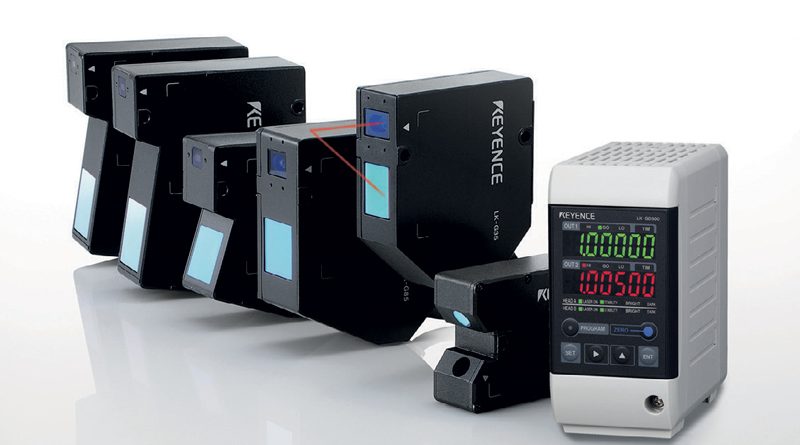 Keyence laser motion sensors are the bases of a system for the differential measurement of the height of the fins, designed by Novasis Innovazione for the production of radiators. The production process is therefore monitored in real time

Heat exchangers used on vehicles are assembled starting from finned coil blocks, made up of a set of pipes surrounded by cooling fins. In order to function at its best, the fin must be created with allowances in the range of hundredths of a millimeter, to avoid the risk of a bad functioning of the heat exchanger it will be part of, or, worse still, of having to discard the entire pre-assembled radiator. Manufacturers of large lots of fins must therefore check their height accurately, and this is no easy task: we are talking about an item made out of reflecting metal, with particular geometrical properties and manufactured at very high speed on automatic lines, capable of creating 300 fins per second starting from an aluminium coil.

An online measurement system which checks every fin
Novasis Innovazione, a company based in Val D’Aosta, created for a client an online measurement system which checks every single fin during production. Specializing in the development of advanced product and process technologies with artificial vision systems and contactless optical measurement, in order to tackle this project the company chose Keyence laser motion sensors from the LK-G 5000 series. The automotive industry is very sensitive to the absolute quality of its components, which must be produced in large amounts with a rigorous cost control. As a consequence, components suppliers must always monitor with the utmost care their production processes, to minimize scraps or deceleration in production.

From sample checks to an integrated online control
The typical solution used to check fins is sample checking, carried out offline using dedicated equipment. Novasis Innovazione’s client, however, wished to upgrade to an integrated online control of all the fins, to optimize the process and enable a timely reaction in case of deviation from the allowance values. “The fins are formed by the machine starting from metal coil; the objective was an accurate measurement of their height, which must never deviate by more than a few hundredths of a millimeter from the nominal value” Davide Capello, R&D Manager of Novasis, relates. “The fin is metallic and its surface is highly reflecting, a property which makes it difficult to measure. Besides, the geometry is very peculiar and shaping occurs in an environment rich in oil vapours present inside the machine. The fin travels at high speed within a transportation tunnel, which also confers to it a rather irregular undulating motion. Besides, given the geometry of the fins, a differential measurement technique was used, measuring simultaneously the position of the top and bottom parts of the fin and thereby obtaining the measurement as a difference”.

Extreme speed and accuracy in measuring
To create this solution, Novasis Innovazione designed two real “clean rooms” containing the two Keyence LK-H022 laser motion sensors.
Each room, mounted on a C-shaped bracket and slide, is made up of an overpressure container and a sliding protective lid. The integration of electronics and mechanics ensures that the measurement system will remain clean, easy to gauge and control during the machine’s working life. Capello explained: “The Keyence laser head allowed to guarantee a measurement accuracy of 5 microns and a repeatability of ±1 micron.
The role of the Keyence LK-G5000 controller is just as important, for its capability of acquiring the data measured by sensors at a very high speed”. Measurements carried out in real time using the Keyence laser heads are then processed by the control system created by Novasis Innovazione to obtain the final datum, that is, the actual height of the fins, so as to monitor the production process in real time.