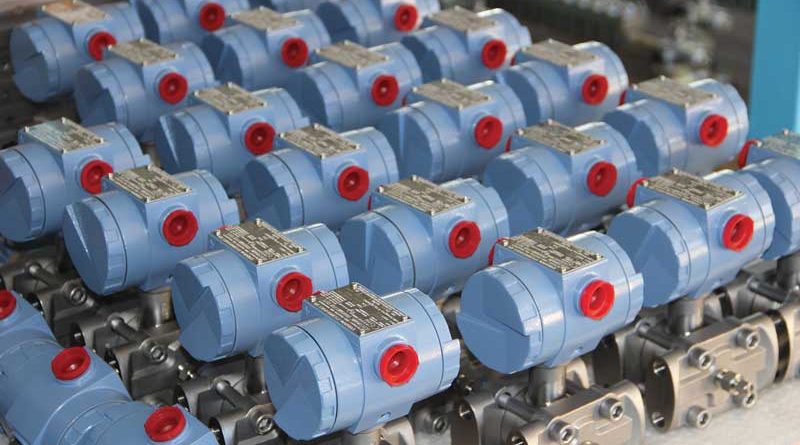 Founded last year, Terranova is a company which groups under one name three historical brands in the Italian measuring instruments field: Valcom, Spriano and Mec-Rela. The General manager explains reasons, advantages and challenges of this merger

From single independent concerns to a group which combines the specialization of each brand: Terranova is a typical example of strength deriving from unity. We are talking about a company founded in January, 2017, by means of the merger by incorporation of Valcom, Spriano and Mec-Rela. The idea was that of uniting historical brands well rooted in the Italian measurement instrument history. Located in Terranova dei Passerini, in the countryside near Lodi, it was created with a new name which reflects fully its links with the territory, as Sergio Valletti, the company’s General Manager, explained. The merger was initiated by Valcom, a company founded in 1974 by Enio Valletti, Sergio’s father. Having began its operations in the paper industry, it broadened its range reaching such markets as the naval, food and industrial automation sectors, as well as pharmaceuticals and specialty chemicals. This growth was achieved by Valcom in the location which now hosts Terranova.

How did the idea of the merger come up?
“The first step in this direction dates back to 2012, when Valcom acquired Spriano, a company with almost a century of history. Spriano went through a series of troubled phases, with relatively low figures which needed to be redeveloped, which is what we did from 2012 to 2107. During these years it grew back to the standing it deserved, with an income comparable to Valcom’s.
Since, following the acquisition Spriano’s headquarters moved to Terranova dei Passerini, we thought fit to unite the brands by registering them under the trade mark of a single company, to fully exploit the common platforms such as research and development, administration, shipment, while leaving each brand with its own identity.”

What made you acquire Spriano?
“At the time two aspects were palatable: the historical presence in the Oil & Gas industry, where we were not well rooted, and two types of products which we lacked. Similar reasons led us in 2012 to acquire even Mec-Rela, a companion brand to Spriano, manufacturing globe control valves, used in many different sectors. Its clout in the group is in any case less relevant with respect to the other two brands, both specializing in measurement instruments and which account for the best part of revenues. Besides these three concerns, Terranova also owns a percentage share of 3Fase, a University spin-off. This allows us to have the technological support of specific technological departments, such as geology and fluid mechanics.”

With these three brands, may we say that Terranova is on the market with an extensive presence?
“Having added the Oil & Gas element with Spriano, we may now operate on all markets which concern process industries. We are therefore talking about production processes which, following transformation of raw materials or semis into finished products, require the measurement and monitoring of such variables as pressure, level and temperature. This guarantees high standards in terms of production and handling as well as quality.”

What advantages did the birth of the group bring with it?
“Many, in terms of management and union f the platforms, but above all it allowed us to be considered for applications in large plants by clients requiring special requisites (share capital, minimum revenues, production capacity). In the past we were often considered too small, considered as single units.”

Did you need to invest in machinery or personnel after the acquisitions?
“We invested first and foremost in logistics, because along with Valcom’s historical headquarters which groups all brands we purchased a building just next to ours. We invested resources in machines but especially in human resources. We developed new technologies during our cooperation with 3Fase, but above all we improved on existing ones. The products we shall launch at the end of the year or beginning of 2019 are important updates of highly consolidated instruments. We launched new products and adapted to new certifications (ISO 9001-2015, ATEX, IEC-EX, PED, SIL); we also have countless certificates in the naval field, because in this domain every country has it own rules. For the past four years we have also been investing in communication protocols, to go from analog to digital. In our industry, HART and Fieldbus networks are essential.”

What is your type of client?
“During the past few years clients changed, going from local to foreign, both to face the economic crisis and because the competition in our country is very strong. Even multinationals are very aggressive.
Therefore today over 80% of our income, direct and indirect, comes from exports.”

Which are the countries where you work most?
“Regarding the Spriano brand, which is active in the Oil & Gas industry, our compass points towards the Middle East with Oman, Kuwait and Iraq providing excellent results. As regards Valcom, on the other hand being more present in the naval and industrial fields, most clients are in North Africa and Scandinavia. But we also have excellent partnerships with South Korea and we are very interested in Malaysia. It is on the other hand more difficult to approach the Americas, basically because of import tariffs and protectionist policies.”

A question on Industry 4.0 is inevitable: how are you coping?
“By updating the products we mentioned before, which will be launched between 2018 and 2019. The entire series of our transmitters will be able to count on a wireless module basically designed to improve both internal production systems and operations on the filed. The fact that there is no need to connect all the time offers a considerable advantage. Whether these data will be recorded in big data systems, is a choice which is up to the client.”

In detail, if possible, what does the updating of your products consist in?
“This update, started by Valcom and carried out by Terranova, involves many aspects. By means of a firmware upgrade we are thinking of dealing with a series of issues which we detected during the past years along with our clients. Another important update concerns the physical hardware, using 10% micro-controllers, evolved chips and a higher communication speed. Besides, having worked heavily on the “core” of the instrument, we may derive different types of product to measure pressure, level and temperature. In a nutshell, the “brain” of the instrument remains the same, as concrete evidence of the flexibility of the new electronics which can adapt to different measurements and sensors. With this type of construction we shall also enormously speed up our production systems. Besides, working on mechanics, we shall offer a new version of the product with double certification, intrinsic safety and explosion testing, two different protection methods according to the plant, but for which we will ensure correspondence to the same product. We shall showcase all these novelties during the OMC trade show, which will be held in Ravenna next March.”