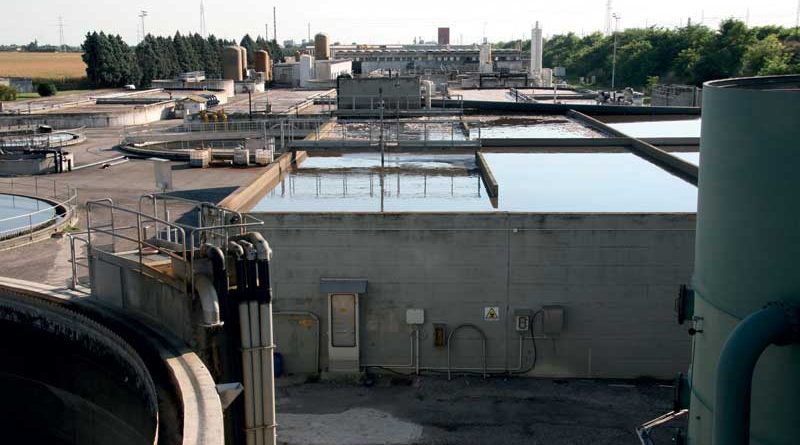 Seneca’s remote control for the management of delivery and lifting peripherals of the water supply system allowed a consortium based in Vicenza to revamp in depth its technological plants. A customized solution entirely made in Italy

Medio Chiampo, a manager of the water supply service, has set several objectives it intends reaching, such as, acquiring innovative technologies to improve the service provided to users, optimizing workflow and operations, and increasing the efficiency and cost-effectiveness of plant management and maintenance activities. The Vicenza-based company thoroughly renewed its technological plants choosing Seneca’s remote control systems to manage the delivery and lifting peripherals as well as for the integration with SCADA Movicon. A customised solution entirely “made in Italy”.
Medio Chiampo manages the integrated water cycle for the Gambellara, Montebello and Zermeghedo municipalities near Vicenza, serving a population of about 12,000 inhabitants. The company manages the sewage and industrial waste water treatment services by means of mixed-type plants and infrastructures. The potential of the water treatment plant corresponds to a population equivalent of over 400,000, as opposed to a population equivalent of 20,000 for the civil line.

A system involving wells, pumps and basins
The implementation of the remote control system created using Seneca technology involved wells, pumps and collection and relaunch basins for the three aqueduct systems (Montebello, Zermeghedo and Gambellara). In all, over 300 points distributed on twelve peripherals are managed. Control is based on a Seneca Z-TWS4-S web server unit, which may be programmed with a Straton platform. Such units are connected by means of a ModBUS network with I/O analog (Z-4AI) and digital ModBUS (ZC-16DI-8DO) modules.
Automation logics carried out by Z-TWS4-S controllers by means of the SoftPLC Straton concern the management of measurements and monitoring of the level limits in the accumulation tanks, the rotation of the delivery and lifting pumps and the local alarm systems. Further peripheral stations are managed by the Z-PASS2-S remote controller, an IEC 61131-3 logic unit with an integrated Ethernet/3G+ router and VPN (Virtual Private Network) functions. As well as the standard automation functions, Z-PASS2-S also allows to carry out easily and in total safety the remote maintenance of the plant exploiting the public Internet web. For this part of the plant, future expansions are envisaged with the installation of further peripherals based on the Z-PASS2-S remote controller.

The entire geographical area of the aqueducts is covered
From a communication standpoint, the remote control system has been designed to cover the entire geographical area of the aqueducts managed by Medio Chiampo; the different land configurations have been considered, with the aim of centralizing the numerous signals coming from all the plants in a single control centre which coordinates the operators available for any maintenance needed on site. Communication is party developed using the 3G+/GPRS network, partly using radio UHF 869 MHz and NBMF 169,4 MHz (thanks to the SENECA Z-AIR and RM169 radio-modems) with free frequencies which do not require licences or a government authorisation to be used.
As regards the supervision and management of maintenance, the HMI workstations at the control centre report the state of the alarm systems and show on purposely designed graphic pages the situation of the stations being monitored. On a typical graphic page relative to a station, information concerning the state of the pumps, the level and flow measurements and the state of the electrical energy supply is shown. The SCADA program, created using the Movicon platform, is designed to manage the availability of operators with an alarm notification system which depends on he area and the time, consequently optimizing the work shifts and the maintenance costs. In short, which advantages can the client benefit from? First of all, the standardization and centralization of communication, then the optimization of work shifts, the decrease in maintenance costs and the alarm notification system.

What is the VPN technology and how does it work?
By VPN (Virtual Private Network) we mean a communication network allowing the transmission/reception between devices (PC, CPU…) which are geographically distant, as though they were physically connected within the same private network, but exploiting a public infrastructure.
In the industrial domain, it supports the connection of decentralized Ethernet subnets, containing such automation and control devices as PLCs, inverters, HMIs, serial apparatuses, sensors, actuators and so on. The OpenVPN protool adopted by Seneca allows the creation of a private communication channel on an oper communication infrastructure (Internet, 3G+ telephone network). Such a solution guarantees the compatibility with dynamic IP systems which are not particularly expensive in terms of SIM subscriptions, and a high level of protection by means of the use of the OpenSSL encryption library and the SSLv3/TLSv1 protocols. VPN SENECA remote control manages devices directly by means of VPN tunnels and static 2G/3G+/4G IPs. The VPN technology is integrated both in the communication modules and in the VPN server connectivity module. l