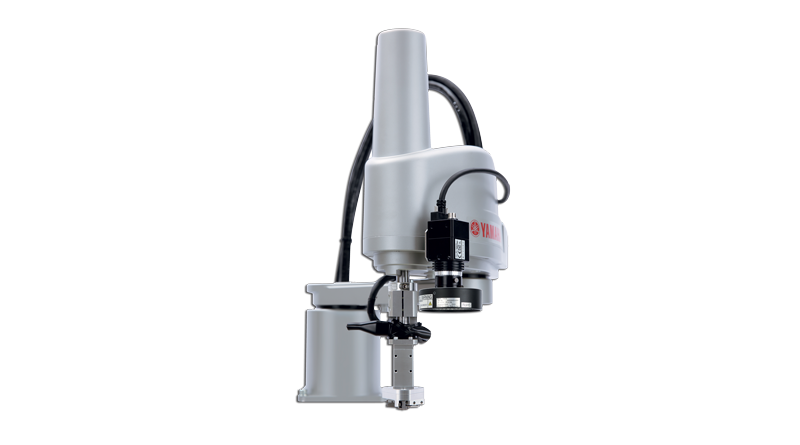 Businesses that build, handle, and ship products are looking for ways to increase productivity by raising output without compromising accuracy. According to Yamaha, the key to delivering the best possible value and the fastest turnaround to maximize customer satisfaction and maintain
the competitive edge, is to introduce robots.

Introducing new technology to automate assembly and handling processes is known to increase output and quality while at the same time helping reduce costs. The first companies to get the right recipe can quickly leave others behind.

Infusing robots into industrial activities could be a part of the solution. Exact figures are application dependent, but one estimate is that introducing a robot to perform a single key process in a production line can increase output by as much as 40%. The simple facts are that robots can significantly increase speed, accuracy, reliability, and repeatability. They can also reduce the floorspace needed to perform a given process, enabling more efficient use of factory real-estate.

The latest models are more affordable than ever. They are fast and compact and can be arranged to interact with traditional automation or to support processes performed by human workers. This makes them easy to deploy and use. But what can they really do? Which processes should be robotized first? How should the factory layout be reorganized to make way for them? And what about scalability?

Today’s robots are available in sizes suitable for handling items from a few grams to several kilograms. Popular types include SCARA robots, cartesian, and single- or multi-axis robots that can be used in a standalone application dedicated to one process or as part of a group or assembly cell configured for a sequence of processes. Companies are using these robots to accomplish a wide variety of automation projects. Yamaha has collaborated with customers and technology partners to solve industrial challenges through creative deployment of robots, achieving increased throughput and quality.
From one process to many With their generous movement range, high speed, and high accuracy, SCARA robots are an ideal vehicle to take on specific assembly processes. Yamaha YK-XG SCARA robots have been integrated in self-contained machines designed to perform one specific process, such as soldering, screwing, or labelling. The SCARA is combined with conveyors, SMEMA electrical interfaces, and associated mechanisms to create a turnkey solution that industrial corporations can quickly install in their factory. The standardized SMEMA interfaces simplify connections to upstream and downstream automation, creating a fully inline solution. Alternatively, workpieces can be introduced manually or inserted using a feeder. These robot stations allow manufacturers to take a flexible, scalable approach to introduce robots in their factories. One by one, processes formerly done by hand, such as soldering connecting wires or through-hole components in circuit boards, tightening screws to a specific torque, and affixing labels can be automated to deliver greater speed, repeatability, and predictable tact times. Scaling up, two or more SCARA robots can be configured to cooperate and hence automate more complex assembly processes by combining their picking, placing, and positioning skills. Some examples in action today include assembling small automotive parts in high quantities and with high accuracy. Picking constituent parts from different pallets, checking each part using camera vision, and ensuring exact orientation using reference marks, the two robots finally hold the pieces together for soldering or spot-welding. Each assembled component is then palletized ready to be removed from the machine for final packing and shipping. These are just two examples showing how simple automation of a limited range of processes using low-cost SCARA robots can deliver rapid returns. However, bringing together a more diverse combination of robot types, including cartesian and single-axis or dual-axis robots, brings the opportunity to scale up from just one or two basic processes all the way to complete end-to-end assembly that fully automates production of items comprising multiple constituent parts.

The Yamaha robot line up enables system integrators to build a complete assembly solution comprising the most suitable combination of individual robots. In a typical robot project, system integrators need to work out how to move components or work pieces from one machine to another using a belt-and-roller conveyor. Yamaha’s unique linear conveyor modules, such as the LCMR200, have changed everything by introducing multi-programmable transport that allows speed, position stops, and direction to be configured using RCX-Studio 2020: the same environment used to simulate, program, and operate all robots in the cell. Capable of high-speed bidirectional motion and rapid acceleration, as well as small incremental movements, the LCMR features servo-controlled direct drive that eliminates the mechanical stoppers and position sensors typically needed to control a conventional conveyor. Each slider can be programmed and controlled independently, transforming the “passive flow” of an ordinary conveyor into actively controllable transport. With individual drives built-in, and controlled through Yamaha’s YHX series Universal Controller, transportation using LCMR modules can save about 65% of space behind the control panel and reduce wiring time by up to 50%. Using RCX-Studio 2020, workpiece transportation can be designed as an integral part of the robot solution, bringing valuable extra flexibility. Modules can be specified in various lengths, bringing the opportunity to optimize the layout of the assembly cell to maximize throughput and ensure the smallest possible overall dimensions. The LCMR200 provides extra convenience by allowing processes such as mechanical assembly or electrical testing to be performed on components while they remain on the transport module.
From the outside, and even after an introductory demonstration, one robot can look very much like another. When choosing, it’s important to assess not only load-carrying capability, which is easy to compare using datasheets, but also other aspects of the design such as speed and cycle time, power consumption, and reliability. Yamaha’s position-detection system featured in YK-X series SCARA robots uses resolvers instead of typical encoders that can be affected by contamination such as grease or dust as well as magnetic or electrical fields. In addition, beltless drive featured on selected models ensures consistent long-term accuracy with no deterioration over time. Special models such as dust-proof and drip-proof variants are also available for use in environments such as clean rooms and food-preparation areas.

A simple, “unseeing” robot can handle a wide variety of industrial processes satisfactorily. However, introducing vision to the solution expands opportunities to tackle more complex processes, verify positional accuracy, and increase quality. Often, this is a complicated challenge that requires special machine-vision expertise to make the vision system talk to the robot controller. Yamaha brings vision into the robot programming and control environment with the iVY2+ vision system. The system includes camera modules up to 5Mpixel and camera-interface cards that are plug-in compatible with the RCX3 series robot controllers. There are also special vision instructions that simplify programming using RCX-Studio 2020 and enable high-speed component searching and tracking. Simplifying the infusion of machine vision into the robot lets users take advantage of advanced capabilities such as blob detection, which enables picking, presence recognition, and high-speed counting when working with irregular shaped objects such as foodstuffs and clothing. The iVY2+ system also contains an image-edge search engine that enhances part detection under difficult lighting conditions. A wizard to help calibrate the system, and a simplified three-step process for workpiece registration that requires the user to select only image-capture, contour, and detection-position settings, eliminate laborious tasks and help users complete their setups as much as 80% faster than typical general-purpose vision systems. 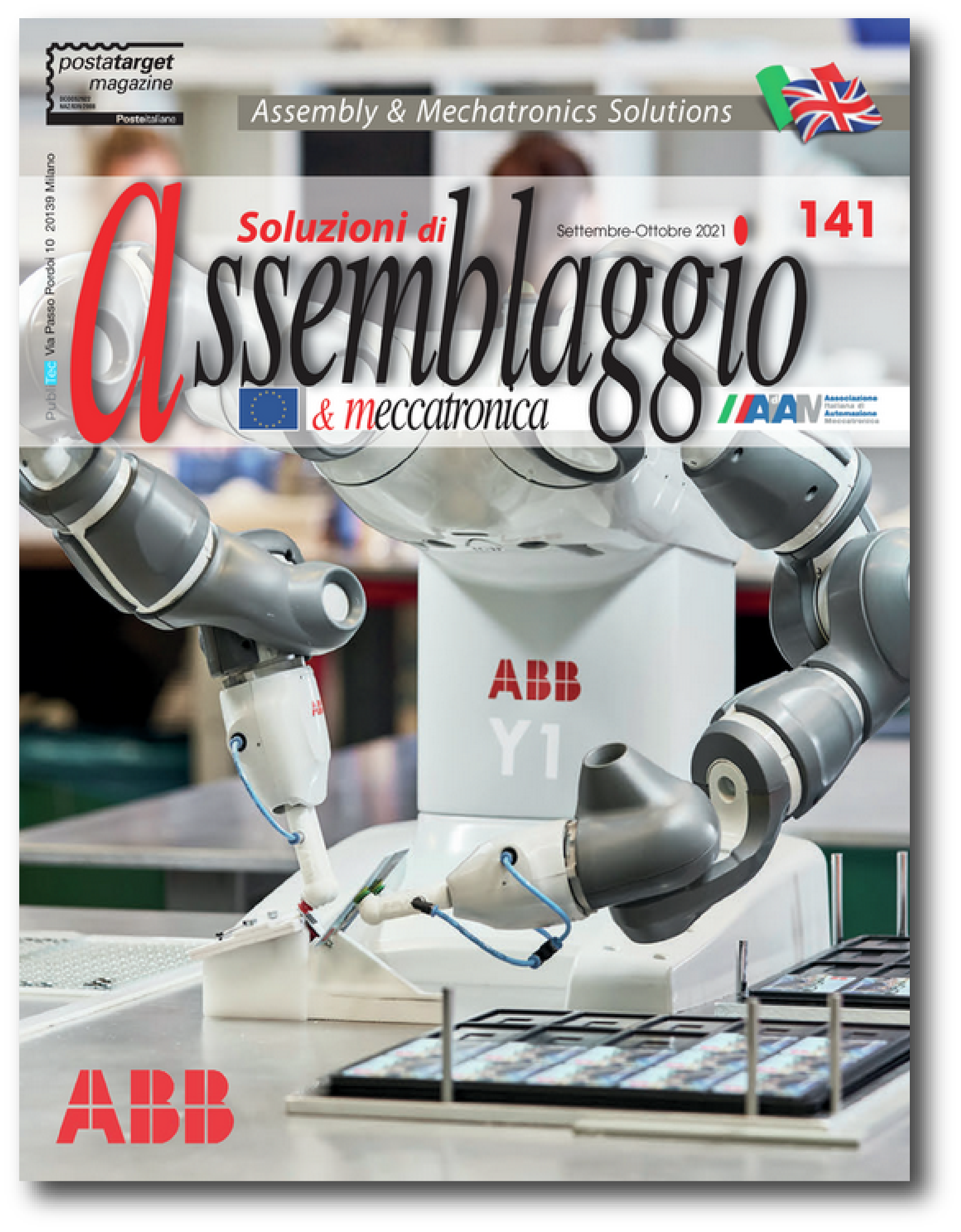