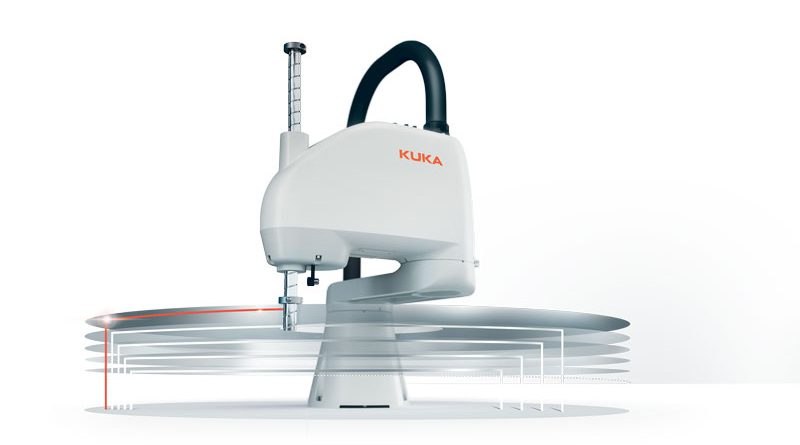 KUKA has presented several innovations during the past year, driven by a strong desire to restart: KR SCARA, ready2_fasten_micro, LBR iisy, iiQKA and other solutions have been added to its product portfolio. This has been done in order to better respond to the requests and needs of companies, both in terms of robots and software environment. Alberto Pellero, Director Strategy and Marketing of KUKA Roboter Italia, told us about them during Assembly Week.

KUKA is a well-known name in the world of robotics, but could you still provide us with a brief overview of the company?

KUKA is a German company, with headquarters in Augsburg, near Munich. The group is structured in five divisions, depending on the activities carried out. The Systems division manufactures complete lines for automotive assembly. The Robotics division, which includes the Italian office, which is why we are known as KUKA Roboter Italia, deals with robots, AGVs, software and so on. We acquired the Swiss company Swisslog about five years ago, from which two divisions were born: one dealing with intralogistics, both automatic warehouses and AGVs; another is dedicated to the healthcare sector, such as automatic pharmacies for hospitals. The fifth division, finally, which is not sectorial but geographical, is China: this country absorbs 60% of the world robot market, therefore it is a fundamental area for our market. Our application areas are also diverse: from automotive/tier 1, electronics, general industry, e-commerce/retail, to consumer goods and healthcare.

High speed is, in most cases, an added value when it comes to assembly and robots can be of great help. KUKA offers several solutions in this respect, could you tell us about them? I know, for instance, that KUKA KR SCARA has just been launched on the market.

We had already produced a range of SCARAs about 15 years ago, recently we launched the new KUKA KR SCARA, designed especially for the electronics market, which needs high speed and works on very small objects. It is a robot with a payload of up to 6 kg, available with different ranges and a very fine repeatability of 0.2 mm; finally, it is extremely fast, being able to perform a standard pick & place cycle in 0.36 seconds.

SCARAs in general are robots which have to be extremely reliable, something guaranteed by very simple mechanics. Besides, they are easy to integrate, which is now a must in automation, especially in a context where several SCARAs are placed side by side to perform different operations (for example, a pick & place followed by an assembly). With the new KUKA KR SCARA range, we are also launching the new KRC5 industrial robot controller, which stands for Kuka Robot Controller version 5, characterised by compactness and low energy consumption.

Assembly must not only be fast, but also very precise. This aspect has a strong impact when it comes to very small products. KUKA has developed the ready2_fasten_micro solution specifically for this case, could you tell us what it is?

A few years ago, KUKA thought about how to work with parts measuring tenths of a millimetre, which are therefore extremely difficult to handle using anthropomorphic robots. KUKA decided to develop an extremely compact robot, such as the KR 3 AGILUS, which has a load capacity of 3 kg and is capable of tightening screws horizontally, vertically and in whatever position the robot is mounted, guaranteeing high precision and torque control. Not only that, but we also decided to create the whole application, plug & play, the ready2_fasten_micro. This serves the purpose of simplifying the handling and screw tightening of micro elements, such as in mobile phones.

It is therefore an application which goes beyond the mere robot: it is a complete package for the assembly of small objects in various fields such as electronics and mechanics. Previously, these operations were mainly carried out by hand by the operator, with significant quality deviations; with the use of robots, on the other hand, high repeatability, less risk of error and easier handling of micro-objects are guaranteed.

If we talk about robotics in the world of assembly, we cannot fail to mention cobots, trustworthy tools for delicate operations. KUKA has been at the forefront of this segment for many years and still continues to offer innovations; could you tell us about them?

The world of cobots is one we are all quite familiar with by now; it is now time to understand when it is actually needed. A cobot is a robot which is certified for safe interaction, and must therefore comply with certain regulations, such as those determining robot speeds. Consequently, since high productivity is not compatible with low speed, not everyone is interested in integrating it into their production process. But this is a wrong approach, because the cobot can carve out a very specific role for itself in the process: for example, in the case of collaborative assembly with force feedback; or it can work on heavy workpieces to help with ergonomics, while the operator is performing another, less heavy task. It is a constant help, working side by side with the human: it can check that assemblies are done correctly, it can handle any errors and prevent collisions. They also provide considerable help when it comes to repetitive actions. In short, when interaction on the same object is needed, the cobot is a great ally.

Among the innovations from KUKA, I would like to mention AIRSKIN, a membrane, or rather a coating, for any type of non-collaborative robot. This device has a dual function: firstly, any impact is not traumatic because this skin is soft and has no sharp edges; secondly, AIRSKIN is sensorised, so the robot stops when it senses the presence of the operators and restarts when they move away. This skin can be very useful in light palletising applications where there are many operators present. KUKA’s idea was to introduce a robot with a capacity of 20 kg, so that these operations can be carried out by the robot alone or by the robot and operator in synergy, depending on the variability of the size of the boxes. We can say that this is, in its own way, a collaborative application, certainly one of interaction because the work space is shared between machine and human. Even in this case, however, the speeds must be controlled and remain within the limits imposed by regulations, as with cobots, even though we could potentially cover a 1,000 kg robot with AIRSKIN.

To get the most out of human-robot collaboration, KUKA has installed cobots on mobile robots, thus creating collaborative mobile robotics applications. This is a great ergonomic support for operators, who can delegate uncomfortable tasks, such as underbody screwing, to the robots. Could you tell us more about this?

A typical example of this combination of cobot and AGV is in the field of intralogistics: the robot takes data from the company’s ERP, such as, for example, information on the lack of certain tools in a given station, picks up the necessary material and brings it to the required area; the cobot handles the material. By scanning the area around it using laser scanners and navigation programmes, it is able to build maps, if it does not already have them stored, and avoid collisions with people and objects.

This collaborative mobile robotics solution goes beyond intralogistics: it is also ideal for screw tightening applications, particularly underbody tightening. For example, KUKA is a supplier to a well-known Italian car manufacturer which produces ‘supercars’: we have coupled a KMR series mobile robot and an LBR series cobot, which move under the body of the car to be assembled. The cobot has a screwdriver ‘in its hand’ with which it has the task of tightening 230 screws of various types, in fact tool changers are provided. This application was previously carried out by hand, and was quite a demanding job as the screwdriver, which is not light, has to be brought to a height of around 2 m. In any case, the operators do not disappear, other tasks are delegated to them, but the cobot is essential because it is necessary to share the same working space: safe interaction can only be guaranteed by a collaborative robotics solution, which in this case is also mobile.

Finally, I would like to take a look at the future: what is cooking at KUKA? What role will artificial intelligence play in the future of robotics? Towards what horizons is software research moving?

KUKA has developed the KUKA.Sim 4.0 simulation software, in practice a digital twin capable of digitally recreating a robot cell: before installing it, it is possible to see what it will look like, how the robot will work and how it will interact with all the components, as well as visualising any problems that may arise. Speaking of data analysis, KUKA proposes its IoT package called KUKA IIQoT, the successor to the previous KUKA Connect, which allows the display of many parameters and alerts, for example the number of robots managed, errors, which machines are about to reach the scheduled maintenance interval and which have exceeded it, average energy consumption and more. The dashboard can be extremely customised to the specific needs of the user: for example, we are customising this solution for a very important Italian tier 1 supplier, thanks to a partnership with a number of companies, more expert than ourselves in the field of data analysis and the development of artificial intelligence algorithms for predictive analysis, so that it might be integrated with as many as 160 robots.

Moving on to novelties from the point of view of the software ecosystem, KUKA has developed, and presented at the Hannover Messe in May 2021, the new iiQKA operating system, already integrated on the new LBR iisy collaborative robots, the smallest and most economical of the KUKA cobots. On this system, apps very similar to those of a mobile phone will be available, developed by third parties, such as SCHUNK, SICK and other manufacturers of devices complementary to the robot, so the programmer can work directly on the app needed at that moment. Thus, on the same KUKA operating system it is also possible to act or program other devices which are not produced by us. With a single tool, an entire cell can be controlled simply and intuitively. 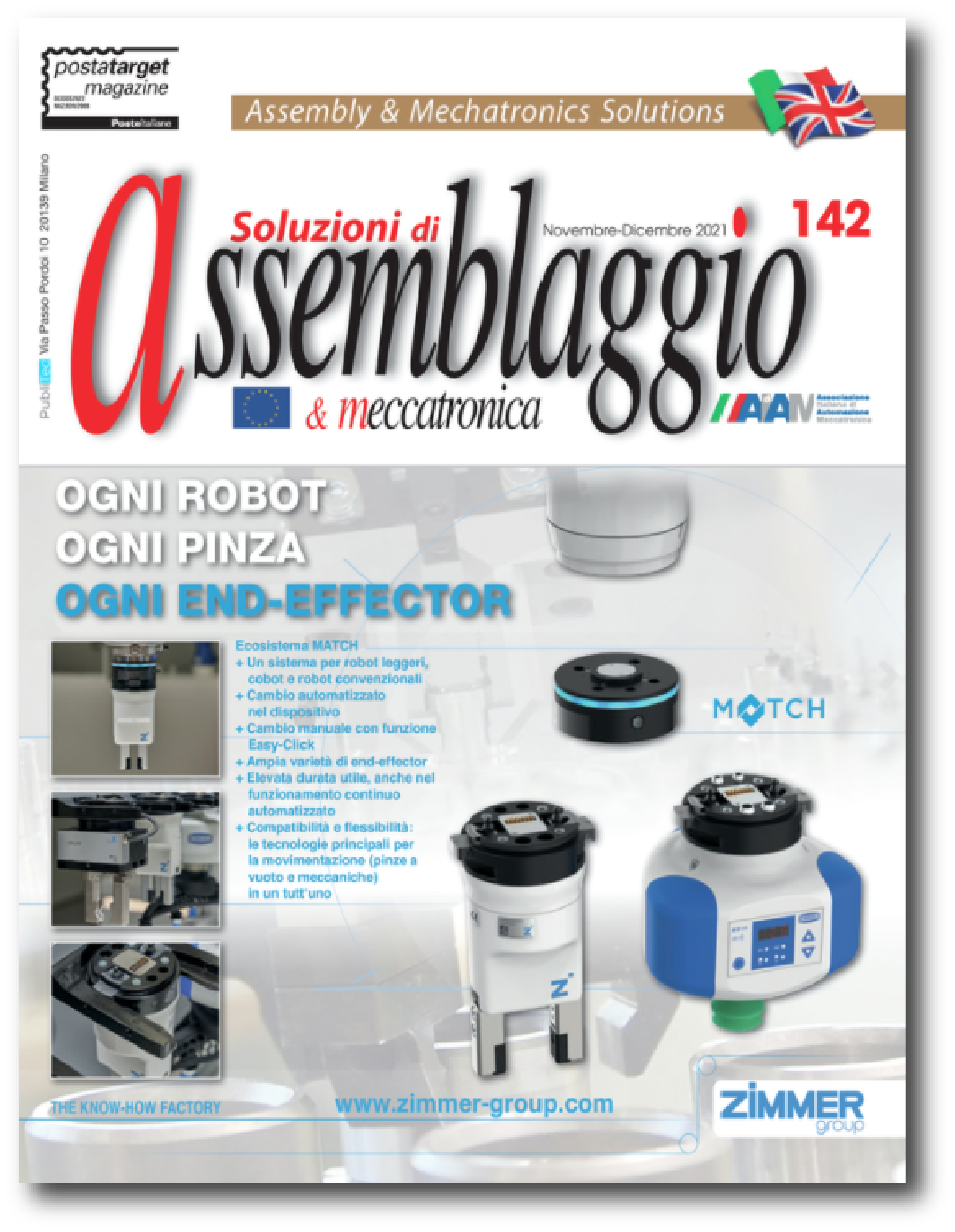